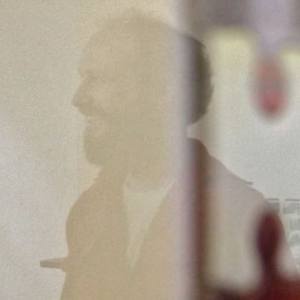 I am a Welsh, Sheffield-based artist. My work is an exploration of the art-object in an age of the non-object. Through various media such as painting, video, sculptural installation and web-based art, my practice explores the relationship between our physical and virtual worlds and interrogates our experience and behaviour within and between them, considering themes of space, objectivity, erasure and connection. I am self-taught and my chosen focus comes from a passion for questioning virtual/physical hybridity and its potential as a source of creativity and commentary. I am someone who believes in art as a tool to uncover truths, something which I attempt to do through constructing metaphors for the evolving behaviours, relationships and experiences which we encounter in our increasingly hybridised lives. I maintain that this is the best way to provide the distance and change of perspective needed to achieve objectivity.

My core approach is translation between the virtual and physical worlds (intermedial translation), as I have found it the most effective way to reveal the hidden functionality of our digital tools and environments, at a time when humanity is increasingly shifting from being the subject to the object of activity. My approach has criticality as a central concern, not from a Luddite perspective, but rather one that sees it as a duty of the artist to investigate and question where we are as a species. There are rich theoretical seams to be mined in the work, but there is also an undoubtable thread of humour that runs through it, and it is often joyful, and I would argue, magical. My goal is to communicate big ideas of universal relevance in a light-hearted, accessible way.

August - September 2013: "Once Upon A Time" and "Sudoku Portrait” exhibited at “Out Of Context" at Bank Street Arts, Sheffield, UK.