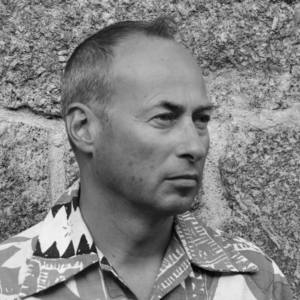 Tim makes work about the division, opposition and collusion between animals and humans.
Drawing, performance, assemblage, film, collage, oil painting and the re-use of materials and objects is central to his work.
Tim won the Ovalhouse prize at Chelsea College of Art, and Gloucester University prize at the Open West in 2015.
He is a member of the committee of the Newlyn Society of Artists. Has exhibited in Berlin and Baku Zdonov in the Czech Republic and is represented by Daisy Laing, Penzance, Avalon in Marazion and Jupiter Newlyn.

Cultivator award for skills education for Etsy and Instagram promotion

Light Remnant, an exhibition of oil painted miniatures was shown at Floors in Baku Azerbaijan 2019

Dogmonkey a miniature diptych has been accepted for the BEEP2018 exhibition in the Elysium gallery and Swansea College of Art, July & August 2018.
Open studio party, Friday the 25th of May at 40 St James Street Penzance as part of Bread Street Artists Trail.
'The Chosen One' miniature diptych has been selected for Imagine Falmouth exhibition, from the 11th of November 2017 till the 20th of January 2018.Falmouth Art Gallery,Municipal Buildings, The Moor, Falmouth
Cornwall, TR11 2RT

Tim will be at Brisons Veor in October for a week's residency on wonderful Cape Cornwall. I intend to make more in the series of miniature diptychs that have proved to provoke and stimulate debate around animal rights issues.

At Open Studios Tim sold paintings and postcards, opening for just one day.

A week-long residency at Warleggan, Bodmin Moor results to be exhibited in October 2017 at Terre Verte, Altarnun on Bodmin Moor.

Tim sold a new painting before it was even finished to a local collector.

Tim's painting 'You were put in charge' selected for the Ing Discerning Eye 2016 exhibition.

A selection of work from 'Humanimal' exhibited at the Cafe Bar Gallery, The Exeter Phoenix March & April 2016

Tim was awarded a 'Grants for the Arts' by the Arts Council England to make a series of paintings entitled 'Humanimal' over the summer of 2015.

Tim won the University of Gloucestershire Award at The Open West 2015 at The Wilson Gallery Cheltenham.

Newlyn Society of Artists NSA293 at The Penwith Gallery

Collaboration with the poet katrina Naomi as part of #filmvpoetry @http://www.katrinanaomi.co.uk/category/film-v-poetry

Light Remnant, an exhibition of oil painted miniatures was shown at Floors in Baku Azerbaijan 2019

Dogmonkey a miniature diptych has been accepted for the BEEP2018 exhibition in the Elysium gallery and Swansea College of Art, July & August 2018.
The Bison, a charcoal drawing on found wooden support was chosen to be part of 'Drawing Explored' exhibition at Tremenheere Sculpture Park Gallery, Gulval, Penzance, Cornwall till the 29th of May 2018.

'The Chosen One?' a miniature diptych was chosen to be part of the Newlyn Society of Artists (NSA), Critics Choice exhibition at Tremenheere Sculpture Park Gallery. My work was judged to be 'offensive and pretentious' by one visitor.

The Open West 2015 at The Wilson, Cheltenham
Won the Gloucestershire University Award.