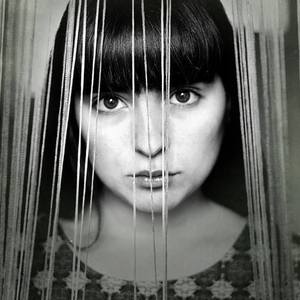 I develop my creativity in several fields of art. The first is in the area of classical and modern techniques and technologies of stained glass and mosaic. I realize projects in large-scale environments, as well as small pieces of glass in stained glass techniques such as Tiffany, fusing and painted glass. The theme that is covered in my last works of glass is „Universe” in all its abstract forms. In classic mosaic techniques with shrink and natural stone I realize small projects with installation character and monumental works in public and private buildings. Another area which I keep the development of my work is abstract painting, which reflects the theme of human presence and its philosophical and material condition in different aspects of life. Photography is another passion of mine through which I find my point of view and manage to shoot beyond normal and visible in our present day.

2016/6 December - Participation in the "Student Exhibition" of the University, Faculty of Arts, Veliko Tarnovo,Bulgaria

2015 / August - Participation in a project in which works of contemporary poets and writers are combined with works of artists and photographers, as the online book. https://www.facebook.com/manupropriabulgaria?fref=ts.