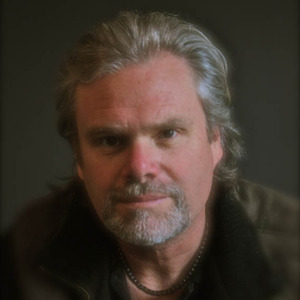 James K. M. Watts has journeyed from the ancient rain forests of Australia to the Pagan landscapes of Lithuania seeking inspiration for his artistic vision. James was born in San Francisco. His earliest memories are the sound of crashing waves and the lonely call of foghorns, and drawing on the reams of white paper manufactured by a paper company started by his great-grandfather after the gold rush. The expansive beauty of the American West and the meditative work of the Nineteenth Century California Tonalist painters were his starting points. "I have always been enchanted by views and vistas and their relationship to the solitary wanderers who carry with them their own inner landscapes. The eye acts as a kind of threshold between these two worlds."

Beginning with traditional paintings on canvas, his work evolved into unique painting-sculpture hybrids. "Living in New York in the Eighties confirmed my long-held suspicion that painting on canvas was an exhausted enterprise." In many travels including wanderings through the western deserts of the United States, he sought out places where "culture and the landscape are inseparable. Where inanimate objects seem alive with an energy and presence."

James studied at U. C. Berkeley in the mid Seventies. A trip to Florence in 1974 inspired him to finish his BA in Italian Renaissance History, and attend the College of Arts and Crafts in Oakland, founded by the Tonalist painters whom he admired. He received a BFA and has gone on to participate in over fifty solo, group and juried shows across the country and in Japan and Greece. He has received numerous awards and scholarships for his work, and recently completed a major bronze installation for a private residence on the East Coast.

James has enjoyed a successful career as an illustrator, illustrating twenty-three published books for children. His books have won numerous awards and his work has been shown in the Society of Illustrators Museum of American Illustration. He has also served as President the Executive Board of Southern Exposure, the legendary San Francisco arts organization, and Vice-president ZYZZYVA, the West Coast literary Journal, and on the Advisory Board of The Prague Project, a U.S.-Czech Republic cultural exchange program. "I feel it's important for me to get out of the studio and get involved. Nonprofit arts organizations are the foundation of a healthy arts community and culture. Now more than ever."