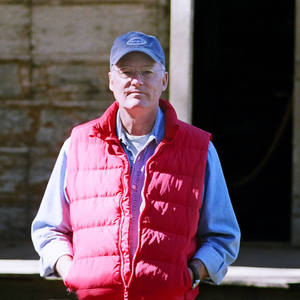 I have photographed the landscape of the South and West for more than 30 years. I am most known for my work in the South with Southern live oak trees. These black-and-white and hand-colored images portray the oaks elegantly, revealing the majestic and mystical qualities of this iconic tree. I describe my images of oaks as "portraits." Most people understand the concept of portraits – images that reveal the inner life of the subject. My objective with trees and the landscape is the same.

I was introduced to black-and-white photography as part of my journalistic studies in college. I then sought more formal photographic training through participation as a student and assistant in various photography workshops through the Friends of Photography in Carmel, CA. My early work was influenced by this West Coast "straight" approach to black-and-white photography. Following the advice of one of my workshop instructors to “find something you love and photograph it over and over to take you deeper into seeing one's subject,” I began a series of studies of live oaks in my native Louisiana. This evolved into a long-term project that continues today. A sampling of my work of the past three decades is contained in my six books: "Heartwood, Meditations on Southern Oaks," published by Bulfinch / Little Brown Press in 1998; "Heartwood, Further Meditations on Oaks," commissioned by Blue Oak Capital in 2009; "Across Golden Hills – Meditations on California Oaks," commissioned by Blue Oak Capital in 2013; "Laura Plantation, Images and Impressions," published by the Zoe Company in 2017; "Quercus Louisiana, The Splendid Live Oaks of Louisiana," published in 2018 by 100 Oaks Press; and "Oak Alley Plantation, Portrait of a Southern Icon," published in 2019 by Oak Alley Plantation.

In 2001, I moved to Monterey, California, the site of my early photographic workshop training. While there, I turned my camera's lens to the various species of California oaks. Influenced by impressionistic painters of California, I began painting my black-and-white photographs to better interpret my emotional response to the golden rolling hills and warm light of California's Central Coast. Then, after Hurricane Katrina in 2006, I returned to the South to continue my work with historic live oaks in an effort to document the oldest surviving live oaks before they are lost to future storms and expanding urban development.