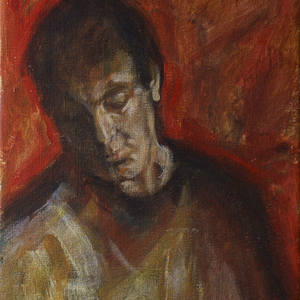 Through my art I share the observations I make of my surroundings, my feelings and my thoughts. Looking at the world as a painter allows me to look with a different and more observant eye.
The things I see, observe and feel I translate into realistic images, but they are always more than a mere depiction of reality. They possess a deeper and more personal layer with which I invite the viewer to look closer, to share my view.

I have had an education as an arts teacher. But for the most part I followed the way of self-education.