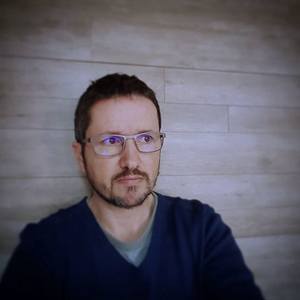 Influenced by the new American realistic painters such as Jeremy Lipking, Casey Baugh or Alyssa Monks, but also by a strong film culture whose characteristic frames he has used as inspiration, Yvan Favre also likes to paint characters who tend to evade the surrounding world.
His cryptic compositions often represent portraits of women in a situation of waiting, reverie, and contemplation. As if time stood still.
The imperative need to capture the moment is accompanied by an irrepressible desire to translate subtle contrasts of light ans shade

Welcome to this page.