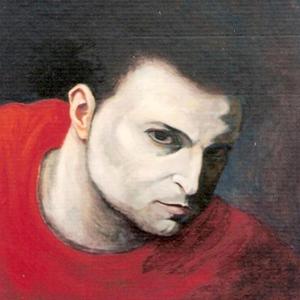 Surpassing mere portrayal of character, his portraits are epidermal. He has cultivated his art from childhood. Angel, of German and Italian descent on his father's side, begins to draw at age six. He told media that even as a student, he would portray to his schoolmates at the age of ten. He used the textbook pages to his drawings.
During age thirteen, fourteen, and fifteen, he does his first sculptures and enrolls at the age of fifteen years into The School of Applied Arts and Artistic Professions of Seville, later at The Faculty of Fine Arts Santa Isabel de Hungría at Seville University. He is a Professional Sculptor at the age of eighteen, with his own studio. He starts with artworks of high-quality religious character, also simultaneously working on other sculptural creations based on the nude as well as on drawings that speak in an erotic language.
He had already combined text and volumes in his works, so when he saw this trend at international art galleries, it didn't susprise him at all; he is constantly looking for new ways of expression in the art.
He is interested in all kinds of characters, formats and forms of expression, from figurative to the most refined forms and abstractions.

In 2000, he celebrates his marriage to the Painter and Sculptress Luccia Lignan.