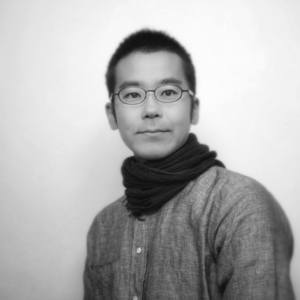 Criticism: Savina Tarsitano, artist and Co-founder Espronceda Institute of Art & Culture, Barcelona
Over the century’s art and music deals with emotions, stories, feelings, a perfect combination where the melody, the musical notes are intertwined with the brush strokes of the artists, as in the works of Vasilij Kandinsky and Paul Klee. During the twentieth century there was a constant and progressive theoretical reflection on the musical dimension by important representatives of the pictorial avant-garde. There is an evolution in this relationship that leads artists to break down musical notes to create a different approach by overcoming the classicism one. The young artist Shibuta immerses himself in the musical world to recreate that melody in the forms of his paintings. Over 10 years his artistic research is based on the investigation of the melody generates by nature and music, he believes on the importance to paint the music, to connect the two worlds to bring the audience in a parallel dimension. His works remind the form of Miro, as his painting “An die Freude” underlining his interest of the European art linked with a Japanese interpretation based on the concept of the aesthetics of the forms, the gaze and nature, to create a melody poetry.
Its influence derives not only from music but also from the melody of nature, from those invisible, harmonious sounds such the wind, the air, the rain, the sun. The two worlds intertwine to create a dancing painting that expresses both the Japanese and the western tradition, as his works influenced by Bach and Beethoven, a bridge between East and West, between meditation and the aesthetics of culture Japanese for nature and shapes. Shibuta wants to create a symphony by using different techniques from acrylic, to oil, tempera, Japanese sheets. In his last exhibition at Tra Transit Art Hub Osaka “Cosmically” he showed his works that deals with the notes of music from Bach, Beethoven and other artists. Each painting deals with a specific Symphony bring us in the musical notes as the painting “La Campanella inspired to the live performance of the pianist Ingrid Fujiko Heming where the flow of notes is melded with the rhythm of the colours. We can observe his works is a meticulous one as a musical composition where nothing is left to the chaos, but every detail has the right place, as we can see in hiw work “Le Nozze di Figaro”
His works make us to reflect on our world, on the importance to listen nature, to observe those little details that help us to remember the beauty of the small things, on our culture as his work “Jeunehomme 2012-2020”
And as Karou Shibuta wrote: “If Mozart composed to link the terrestrial world to the celestial world, then I undertake to spread them with my paintings”. If Beethoven composed to surpass philosophy, then I undertake to give them a shape with my paintings.


Kaoru from Kyoto city of Japan, but I grew up freely in countryside. I’ve learnt the Japanese tea ceremony, sitting Zazen, taoism, which is an integral part of Japanese culture.
I usually make use of my synesthesia. I work on expressing classical music, and creating through reading from the land energy.

Kaoru Shibuta translate musical notes into images and contemporary installations. In addition, through local culture and energy of atmosphere, I create a poetic symphony composed of images, colours and harmony, which is a perfect fusion between nature, music and art
If Mozart is the one who composes music to link the terrestrial world to the celestial world, I am the one who undertakes him to propagate it with my painting. If Beethoven composed to surpass philosophy,then I undertake to give them a shape with my paintings. J・S・Bach is the old testament Bible of the classical music.