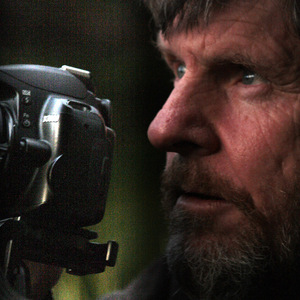 Darmin has an eye for the ethereal, the unnoticed and the uncommon.

He works from his studio, high in the hills near the counter-culture capital of the universe, Nimbin, Australia, his work reflects his concern for the environment and desire for positive social change.

Darmin is an award winning filmmaker and sound recordist, he is an accomplished musician and an advocate for the rights of Indigenous peoples teaching for many years as an Academic at the Southern Cross University Master of Indigenous Studies Program.

His work is always courageous, often satirical and is a manifestation of his passionate process into self-inquiry. His influences include Monet, Pollack, David Hockney and Da Da. He works in Photography, New Media, Sculpture and Performance Art and collaborates with his partner, artist Paris Naday.

Darmin says " I have been taking photographs and making films from a very early age, my Father was a photographer in the 195O's he had his own darkroom and enlarging equipment. Maybe it is something to do with our family name Cameron, photography is in our blood.

My work is about making the ordinary, extraordinary, attempting to exalt what is seen as mundane to a higher plane. the breath that sustains life is a miracle. I see miracles everywhere, in my backyard, on a city street. I take pictures of the ordinary and manipulate them to highlight an aspect of them that is noteworthy, I want the viewer to take the time to notice, and to reflect on the little things and to be grateful for just 'being'.