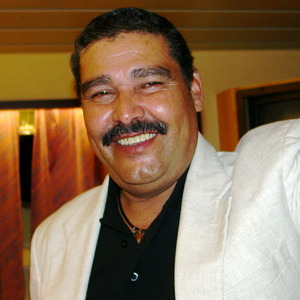 I was born in Queens New York City. On February 19,1949.
Now liveing on the island of Puerto Rico

Some of you, May have seen, His work while on the web,under his surname; David Aponte Resto or on one of your
visit, to the island of Puerto Rico. In the City of Caguas.
His art has become an Iconic art figurer and land mark for the city of Caguas.
Under the Distinguish. Mayor Mr, William Miranda Marin. Giving him a change to show the world his extraordinary stylish,way of work. As a contribution, in the field of Afro-caribbean Art. In the Americas in the field of sculpture, Puerto Rico has had artist that go as far back to January 6,1752. Jose Campeche, or that of Francisco Oller,a Realist- Impressionist who decided to stayed on the island. hes work can be billed with the artist of hes time. For art is a language of its own. David claims. Only time, or the web can confirmer this to the Masses. Due to some silence conspiracy, be it inferiority or something, as its been done to many artists of the past.
But, now America OBAMA. marks a new time, of which Mr Martin Luther king, spoke of. That some day, all man will be judged by the charter and not by the the colour of his skin. He calms that we most learn from the past, as the saying goes', or we are condemn to relive It. He believes that some self-taught artist can recall past lives experience. That comes with them.
David believes that at some time in ones life. We
come up on to ourselves. It could be from some early childhood experience. Where one can see deep, back to ones past. Were one can summon a vision. That mark a time, that has been long forgotten. How can we as a people put this to work for us. When we start with our kids, barracking with the old ways. Starting a new way of looking. This happen by getting our off-spring, too read, write, sing, play, and dancing. how by adding, that power of imagination, to inherence that, ever so powerful tool called thought. For is it not true, that " The soul of God is poured into the world through the thoughts of man.", as stated by Mr,Ralph Waldo Emerson for the imagination, to inherence creativity.
gavin to mankind,
So (I+C= C ) Imagination + Creativity = conception, example. In my mind there is an image of what I would want to be come when I grow up.

David in the making of Rhythms, name he gave to the monument in the City of Caguas. had to travel back, in time of his. To that ever so importent Date. On the Caribbean when our predecessor where liborated from that deep black past of slvary. The injustiest done to the natives of The Americans, in our case the Tainos from Borinkan Taino for land of the nobles.
Spain from the south of the old world and we can all agreed England from the north of the Americas. As a Native American with his native Taino, Africa, and Spanish, Roots. History That has given, him the culture back-round that is so basic to the makeup of our Puerto Rican people. When ask about the Boricua,or Puerto Rican custom. He state that in the sighing of he's name he uses he's Sir name of, David Aponte Resto, Because he has a mother side of history that has to be respected, also for it can be trace, back to the old world, way of thinking. Also a big part of the old world custom. When ask about he's work.
He clams that he cosider him self as some kind of medium, artist that tavels back or fowerd in time and is let to bring hes vision, to the persent.But what keep him working, is this obsession to gave the spectator the possibility to enter his work from all side by follow the line of movement,as some time space continuum A trip. His work has to be seen. So it can totally experience. Ask what are his ambitions his reply,That he would like to leaves something of social signifitcons. In this he life time. For all to see. He like to have completed at lest three monument, of the island three Races that compose the Puerto Rican nation and local legends of given towns. example; The so called free black man. Now completed in the City of Caguas. To simulate the minds of others that are to come. In the field of the arts. Sculpture We can say that it spick here on the island.
At times as I may have stated in the past. I under the rendering of soul to that of my work. I commend my talent to this greater power, that of the holy Spirit. At times, I fell as some kind of tool, where I Put this power to work on the vision at hand. Not until the point of satisfaction. That of the completeness. I ask him what dose he mend by completeness? Completeness is the team he use to describe were the begging meets the End, He question the fact that at time the work compose is strange at times even, on to himself.
If a collector of art. looking for a sound investment. Mr, David Aponte Resto is an artist to be consider. On and off the island. That of some island. long forgothen history.

He is a self-taught sculptor.From childhood he mother would keep him and his brother entertain. Playing with clay. while she worked. ,