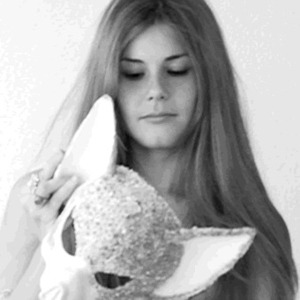 Isadora Reimão was born in Piraju, São Paulo countryside, in 1984.
She was raised between the fine arts, with great incentive from her parents to follow artistic career. Her dad, an artist too, provided her all resources for her to develop skills on drawing and sculpture.
One of her biggest works was on a samba school, developing costumes, giant sculptures and puppets.
Later, she found a new passion: the masks. She has produced a lot, some of them specially developed for theatre plays.
She worked as art director on the short movie "Rubras Mariposas" ("Ruby Moths", 2013).
The watercolor has always been present on Isadora's work, as basis to projects and as final product of her expression.

"I like to define my paintings about animals and monsters as 'non-human'self-portraits.
I try to imagine the first saylor’s feelings, that made bizarre portraits of the animals they got to know on their trips. Maybe they portrayed them on this odd way because of the strong and deep impact of that visions. Or for the desire to affect as deeply the other people who hadn’t had the opportunity to see them personally.
I like the antitheses of fear-fascination, beauty-nightmarish, sweet-terrible.
Some of my recent illustrations are my visual interpretation of characters from Mario de Andrade’s (modernist writer) Macunaíma.
And the others maybe can be a start for new stories."
​