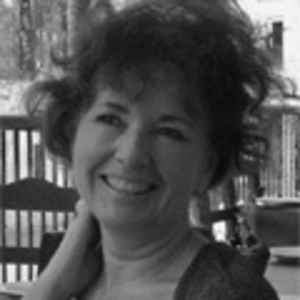 Marie-Pierre was born in France where she produced her first painting artwork in 1975. She graduated with an Art History Degree with Honors at University of Lille 3, France. She is currently living between the French Riviera and "the World" where she finds inspiration for her art, teaches her techniques, and exhibits.

"Art is within Nature, we have to extract it", said Albrecht Dürer!

No program is used to compose these photos; only the artist eye and lots of chance to see and catch the invisible are necessary. All of them are representations of the reality, a testimony of discoveries made by the artist in nature. This series of Abstract Photography invites the viewer to investigate them and let himself discover inner travels they inspire.
Welcome to the country of daydreams...

"Marie-Pierre’s palette is her camera.
Her photos are like no other.
They are mysterious and magnetic.
They lead to the unexplored.
The journey must be a Whole New Experience if you are willing to open your imagination and relinquish control."
______________

"In the explosion of colored touches, Marie-Pierre signals us with bursts from mineral depths.

As my friend, the great photographer Edouard Boubat (1923-1999) once said: “The photograph is a kind of gift from nature, one of the unforeseen, it surpasses our expectations!”

There is always a revelation in the images that Marie-Pierre offers us. In her “Lyrical Extraction”, she rescues us from our normal visual habits to allow us to discover the treasure hidden in this colored nature from marine depths.

George Sand (1804-1876) said: “Art is a demonstration of which nature is the proof.” Here we are in a dazzling discovery of enlivened matter the likes of which caused Maurice Guerin (1810-1839) to say in his “Cahier vert”: “Form is the happiness of matter, the eternal embracing of its atoms. In their union, matter rejoices and becomes beatified.”

I strongly hope that all those who will have the pleasure of following Marie-Pierre in her Lyrical Extraction will be able to temporarily set aside their woes in order to contemplate this mineral world at the bottom of the swells; this universe of waves from whence we have never ceased emerging since our first marine ancestors.

The painter Henri Matisse (1869-1954) who illuminated his canvases with the many landscapes of the Riviera didn't hesitate to say: “It is upon entering into the object that one arrives into one's own skin.” (in “Prestiges de Matisse” by André Verdet).

Marie-Pierre is from Rennes, like my ancestors who lived on the banks of the Vilaine. She has never given up her Breton liveliness, allowing us to discover our paradisal universe."


Philippe Boby de la Chapelle is a writer, conference lecturer, Doctor of Theology, Master of Art History. He was the international specialist jurist of Human Rights for the United Nations, Unesco and the Council of Europe, and a diplomatic envoy of the Vatican. He is also the grandson of Gaston and Suzanne Bernheim de Villers, founders and owners of the “Galerie Bernheim et Jeune” in Paris. He is the author of a variety of publications, notably La Declaration Universelle des Droits de L'Homme et le Catholicisme, Editions Durand Pichon Auzias, Paris 1967, honored by the Academie Francaise and prefaced by Rene Cassin, Nobel Peace Prize winner - and other books such as Paradis retrouvé, un itineraire artistique, Editions Cercle d' Art, Paris, 2005.

Member of IAA-USA, she is involved since 1999 with IAA-UNESCO's humanitarian and artistic endeavors. Marie-Pierre is honored to be mandated by Maestra Rosa Maria Burillo Velasco, Honorary World President of IAA-UNESCO (International Association of Art, ONG in official partnership with UNESCO), to create celebrations of WORLD ART DAY along with her personal art events every 15 April, such as - 1st ever in Brittany, France, 2014, and 1st ever in USA, Los Angeles, 2015.

Photography has become another passion, and since 1992, she has had 50 exhibitions worldwide - such as at the Fine Arts Building & the Eastern Columbia Building, Los Angeles, USA, April-May 2015. She has received international acclaim on numerous occasions from select press and TV reports; often awarded - such as with a Diploma of Honor from the City of Cusco, Peru - her artworks got an official international quotation (ArtPrice, 2014). They are also part of numerous Worldwide Public & Private Collections - such as Hyōgo Prefectural Museum of Art, Kobe, Japan.
________________