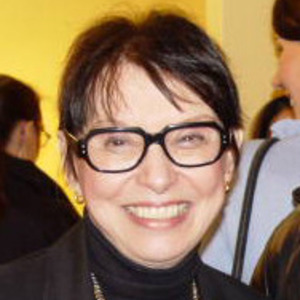 Marion is the only child of a Russian mother and Irish father. Her parents came to Canada in 1925, with so many others, because of problems in their native lands.They settled in central Canada, the Prairie heartland, and began their lives afresh. Marion was born in 1937 in Manitoba, Canada. She grew up speaking Russian and English and naturally absorbed the North American multi-cultural environment during her childhood. Following school she qualified as a nurse, painting as time permitted. During the 1960's she moved to London, England where she married a German descendant of Catherine the Great and later a British lawyer.It was actually through her first husband that Marion came into contact with Pablo Picasso and spent a summer at Nimes going to bull-fights. Through him also she became a model for the British painter H. Andrew Freeth, R.A. who had become reknowned for his famous portraits of Somerset Maugham and Yeats as well as winning the prestigious Prix de Rome. Later, she was painted by the Hungarian artist Arthur Pan who had achieved fame for his superlative portrait of Sir Winston Churchill. Through her first husband, Ernst Blumberg, she met his uncle Hugo Perls of the Perls Galleries who was a very helpful influence.After raising a family, she has two grown-up children, she completed a degree in art and then followed up with curatorial work before finally being able to devote herself to full-time painting. Many of those who have collected her work find it not only ironic that her life has always been interwined with art over the last few decades, in different roles, but also that much of her past experience as a model and her personal knowledge of several celebrated artists comes through within her work.Marion is a graduate of the University of Victoria, Canada and has been strongly influenced by the philosophy and works of Paul-Emile Borduas. The inescapable influence on her work however is music which she interprets into visual terms. Often using the actual musical scores as collage within the paintings themselves. Her works convey a sensual synergy with sound transposed into physical reality. Marion has developed her very original concepts from extensive study and travel abroad and has been successfully part of a number of shows in Canada. Her works are in private collections in Italy, Germany, Korea, Ireland, England and notable collections throughout North America. Marion uses many of the musical manuscripts that she collects in her works and is now broadening this technique to include the same collage process with Medieval art. Marion is currently working on a series of 24 paintings in memory of her late mother Anastasia entitled 'The Anastasia Hours' as well as a new series of musical instruments on wood panels.