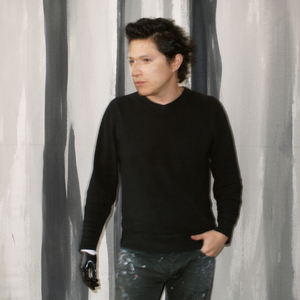 Olivié Ponce was born in Mexico City and trained in fine arts at the Universidad de Guanajuato. His work has been shown extensively in Mexico where he was the recipient of two National Fund for Culture and the Arts (FONCA) awards. Moving to New York in 2007, he rapidly integrated into the local art scene and exhibited in numerous group shows. Olivié Ponce: Extra-Estetica was the artist's first solo gallery show in New York. Ponce paints principally in a mode he refers to as “abstract landscape.” Sublime, butte-like masses create an illusory dreamscape, drawing the viewer into imaginary vistas. To heighten the effect of irreality, he often limits his palette to subtle gradations of black and white. He tends to work on a large scale with smaller works on paper.