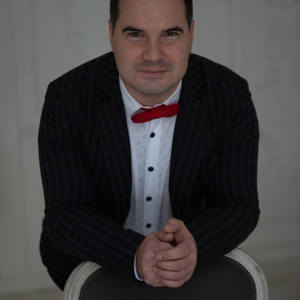 Born in 1979 in Moscow, Russia, where I live and work now. Famous Soviet figurative painter Annamuhamed Zaripov gave me my first painting classes in his studio when I had already graduated in economics and worked as a beauty marketeer. Since then I study painting and carefully work on my childhood dream to come true.

Study at the Moscow studio of Annamuhamed Zaripov, master of the Soviet figurative art, whose works are in state Tretyakov gallery, state Russian Museum, the Museum of Oriental art, Museum Ludwig Cologne, the National Museum of Poland, the National Museum of Bangladesh. In total more than 35 museums in Russia and abroad, including private collections. Works from realism to avant-garde and minimalism.