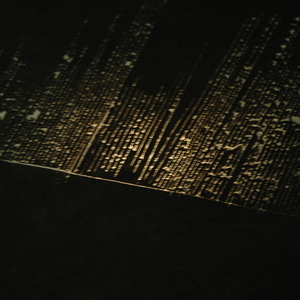 Lives and works in London.
Artist, Founder and Co-Director of TBC Artists' Collective.

Beverley Bennnett's revolves around the act of drawing and the perpetual possibilities it possesses. Acts of play evolve into ritualistic, performative, labour intensive actions that generate a greater understanding of the processes of making, allowing the 'visual' to become secondary. Current works incorporate principles of erasure, memorability and gesture. The use of diagrams used by Bennett intensify the sense of a matter of fact and immediate recognition due to the characteristics of geometry used.

Bennett is also the Founder and Co-Director of London-based art collective TBC, who self-publish a magazine, 12 Pages, and work on exhibition projects that interrogate individual members creative identities and explore the potential of collaborative works.

Beverley Bennett lives and works in London and received her MA in Fine Art in 2009.