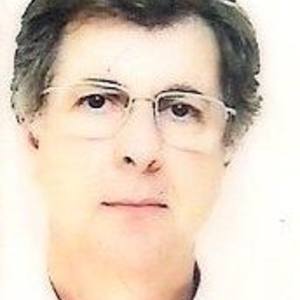 Carlos Graça Plastic Artist, Industrial Designer, Master in Human Ecology and University Professor
Born in 1955 in Brazil, in the State of Minas Gerais in Itanhandu a town where the beautiful and green countryside is responsible for his early interest in the nature and the arts, since, as a boy, already leaning in sketchbooks to scribble sun, light, trees, streams, fields and all that your eyes saw embebecidos. However, early moves to the Rio de Janeiro, the Wonderful City, the only place for any artist to inspire and develop their gifts, which is undoubtedly makes their studies, will develop and professionalize as Artist and Designer. In the year 1986, is already a good professional experience and artistic Industrial surprised with an honorable invitation to teach at the College of Engineering, University of Minho in Portugal. Following the invitation, moved to Portugal in the same year, leaving a promising career in their home country to start a new experience, a country that welcomed him with open arms, as if a child of the earth they were, what they did that take root in the Old Continent, forming family and fruits, and chosen as the home port, your current "safe haven". He graduated in 1983 in Industrial Design at the Federal University of Rio de Janeiro (UFRJ). In 1987 obtained the equivalence of the Degree Course Equipment Design by the School of Fine Arts in Lisbon. In 2003 he graduated in Master in Human Ecology with a final grade of GOOD WITH DISTINCTION at the University of Évora.
In 2007 receives the International Certificate of Human Ecology: Universtà di Padova, Université de Bordeaux I, New University of Lisbon, Université deTolouse III (Paul Sabatier), Université Libre de Bruxelles, Université Paris V (René Descartes), Vrije Universiteit Brussel, Université d'Aix-Marseille, Université de Genève, Université d'Aix-Marseile III (Paul Cezanne), Université de Pau et des Pays de L'Adour.
EXHIBITIONS - In Brazil, participated in several exhibitions Collective, in which, his works were sold to individuals from five continents to visit Brazil, but also, had premiums and outstanding place in the Brazilian press. A note for the Journal of the Brazil, the O Globo newspaper, the headline Magazine, TV Globo and TV Headline.
Exhibitions in galleries and museums such as:
-Gallery A. M. Niemeyer in Rio de Janeiro
-Association of Engineers of General Administration of Federal Railway Limited Company network in Rio de Janeiro (was awarded the Purchase Award, his work entitled Movement II, was acquired by STIL - SOCIETY OF INDUSTRIAL TECHNICAL INSTALLATIONS LTD)
- Flamengo exhibition "Landfill Art opened" with the work "Mutant Panel" of 2.50 x 1.50 meters, where the observer is coauthor a direct interest in changing the work in new works, a constant metamorphosis.
Museum of Modern Art of Bahia (Solar Unhão) in Salvador
Museum of Modern Art Guido VIARO of Curitiba in Paraná
Museum of Modern Art in Belo Horizonte in Minas Gerais
-Cultural Foundation of Brasilia in Brasilia
In Portugal and abroad participate in national and international fairs, projects and products with the respective stands, namely: - (Fil Expo - International Fair of Lisbon - Lisbon) - (Portex - International Fair of Porto - Porto) - (Modtissimo - Salon Modtissimo - Feira Internacional do Porto - Porto) - (Fabrex - Textile fabrics exhibition - London) - (Première Vision-Le Salon mondial des tissus Première Parc d, Expositions Villepinte Nort Paris - Paris) - (Interstoff-Home Textiles Sourcing - Messe Frankfurt - Frankfurt)