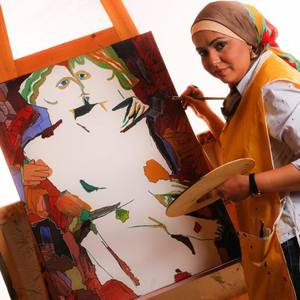 Visual artist, born in upper Egypt, grown up in unique investment , love to experiment a lot of kind artists like printing, college, video art, sound art , some time organize group exhibition in Egypt and abroad to doing exchanges culture between artists and countries, the art is my language to express about my self.

* Exhibition of contemporary art in Tripoli – Libya may -2009.

* Exhibition of Contemporary Egyptian art Parallel to the book fair –Turin-Italy – May 2009 .