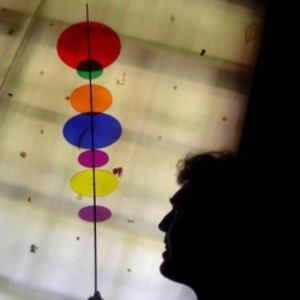 Born in Brazil in 1953, he is a self-taught sculptor and jeweler, artist and craftsman, that creates and makes his most specific tools.

Each sculpture is for me a discovery and a surprise. Had discovered the sculpture when I was a child made me know the world under the optics of very particular people and through special materials. I have for principle to respect the materials that I use and for this I make experiences while I am sculpting each material, I observe and I manipulate each material for a long time. I personally work in all of the processes of my sculptures, this is my inheritance of family. To sculpt is for me, to discover and to respect the natural curves and the tensions of each material.

Although this process seems simple it demands a lot and is very complex, demands years of research and experiments as well as physics and mathematics knowledge, being still necessary, to the type of work that I execute, to use special tools as watchmaker lathe and tools of high precision, that?s why I create and I execute many of my tools. Many of my works are minimalists, even beeing abstracts of figuratives, and I perceived as years goes by how difficult it is to transform into sculptures my minimalists and reductives ideas. I finished for developing a technique to balance heavy materials in bases very fragiles and intencionally smalls, is in that moment that I use the study of physics and at the same time I leave a space for perhaps and for the natural impositions of the materials. In few words my work as a sculptor is a literal attempt of communion between the materials, its potentialities, its natures and my cautious and intent intervention so the work of art of art may happens.

Let us be creative!
In order to make beautiful and creative jewellery we do not need expensive material. Any material goes. Shape content is more important than the value of the material. The basis of a good work is proportion and form...
...Possibilities in designing jewellery are basically enormous...
...According to my concept of creative jewellery you may use any material: Iron wire, paper, glue, plastic, also stones, shells from the beach, glass.... All what you find and think of is beautiful.
Peter Skubic

My passion for jewels initiated when I was 16 years old, when I produced a series of bracelets and necklaces using nails of horseshoes.
At that time, my biggest interest was to enjoy, to use, the beautiful trunk-trapezial geometry of the nails for the jewel realization where the elements had the characteristic of repeatability.
Currently I come developing a work with stainless steel wires sufficiently thin and polished. This collection of mine is called "Asymmetry" is derived from a set of sculptures, also carried through in round bars of stainless steel.
My preference for the stainless steel for the realizing necklaces, earrings and pendants that the collection "Asymmetry" is composed by, is based on some intrinsic properties of the material as the slightness, the hardness, the resistance and the elasticity; characteristics that I did not find all congregated nor in the silver, nor in the gold or titanium. Tension and compression are other characteristics of the collection "Asymmetry", a subtle, minimum and necessary homage the Frei Otto and its spider silk structures, an antropolpgic return to a minimalist jewelry concept, almost primitive, a jewelry idea of the necessities, a jewelry concept that also represents the lacks of this century, its tensions and necessities. That way, using this material, I have ample formal possibilities to carry through a soft and authentic work, light
jewels-sculptures, compromised to the singularity of the present time, my asymmetric metaphors.

He is a self-taught sculptor, in his childhood, his first and decisive references where: his paternal grandfather Leopoldo Becker Fl? that used to give him wooden knives artistically sculpted while he counted him hunted histories in his annual visits, and his maternal grandfather Armando Augusto Pereira, that was the first brazilian to weld aluminum, and a master craftsman of multiples talents; they had been and they represent constant presence in the sculptures and "luminous objects" that he creates.
He started to make sculptures very early in his life ,when he had eight years old he started to modelate in clay the busts of the main personages of the history of Brazil that he saw in encyclopedias in his house. He also fused the lead, that was spilled in cans with frozen water, transforming it in gothic cathedrals with the thermal impact.
He started making wood sculptures when he was fifteen years old, while he still lived in the south of Brazil, then in 1975, he moved to SPaulo and was when he made contacts and started to attend the atelier of free creation, located in the house of the great painter, print maker and sculptor Lasar Segall.
Sao Paulo was the place where he had a close contact with art and artists and started his collection of art books, there he visited many museums and art galleries and studied art deeply.
The sculptors that had strong influence in his work are: Isamu Noguchi, Constantin Brancusi, Medardo Rosso, Eduardo Chillida, Lee U-Fan, Amedeo Modigliani, the young Henri Gaudier-Brzeska, Tapfuma Gutsa, Eug Dodeigne, Ossip Zadkine, Robert Couturier, Antony Gormley, Donald Judd, Iran do Espto Santo, Tony Cragg, Sir Anthony Caro, Waltio Caldas, Kari Huhtamo, Sigrun Olafsdottir, Franse van den Bosch, Marijke Oosterman and he is sure that certainly in some gesture, light or shade they are represented or they can be perceived.
In the years that if had followed, even so impregnated for art, he worked in diverse financial representative activities to one of the biggest banks in Brazil. In 1999 as he had always been a collector and lover of art books, he opened an art bookstore in Rio de Janeiro called Book Haus, with an important focus in art, poetry, jazz and classical music.
Some years later, in 2001, he came back to sculptures and was when he decided to dedicated his life to sculpture and to use his full time working on art, he started again in sculpture with his "luminous objects", that started his diving in the sculpture. The "luminous objects" are the first accepted works for the public and mark his acceptance and insertion in the market of the plastic arts.
Then was when he started again with sculptures in wood, and started also to use other materials as granite, marble, stainless steel and policarbonate, and he also makes combination of these materials.
One special characteristic of Aurelio`s sculptures is the equilibrium, he balances heavy materials as stones and heavy woods in little pieces of wood, and another special series of works he does are the minimalist sculptures, where he can be very reductive and at the same time cause a big impact with his works of art.
In 2005 he started working with aeronautic titanium, being pioneer in Brazil and one of the first ones in the world to use that material in sculptures; in this technique he forges the titanium by hand and makes heat coloring.

2006 - Exposition of sculptures at the Gallery Buuf - Amsterdam

Galleries that has his works:

His works at the MoCo Loco site:

He exclusively dedicated the year of 2005 to the production of a series of 15 sculptures to mount some expositions in 2006.

At the moment he is working in a new series of sculptures using stones, woods, stainless steel and titanium. ,

Future Shows: He will make a collective exhibition of his sculptures, together with his wife, the photographer Andrea Mendes, at the Wanda Michalak Gallery - Amsterdam - december 2008:

He was invited to participate with his jewelry collection "Asimmetry" of the Sieraad 2007 - Amsterdam, Netherlands:

The show "Flotations" will take place at Solar do Jambeiro in April of 2007, he will show sculptures and jewelry together with photographs of his wife, the photographer Andrea Mendes: