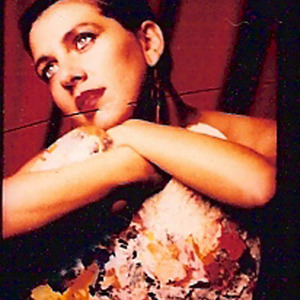 Born in Milan the 11th september 1961. Love flying random around the world.Now the airplane looks toward the est. I love Asia...

Barbara Pietrasantas figurative style is clearer and precise, but her paintings suggest a vision of reality that is loaded with fascinatingly complex existential and psychological meaning, seen from a markedly female perspective. In her pictorial research the
artist brings into play all the main themes linked to a profound sense of life, of the relationship between men and women and in particular of the perplexing question of individual identity.
Francesco Poli

BARBARA PIETRASANTA was born in Milan and studied at the Brera Art School and then at Literature Faculty of Statal in Milan. In 1984 she moved to New York where she began work on her personal art project, stimulated by visiting and living in this multi-racial city with all the contradictions of its social fabric. Following that she set up the Anyway Advertising Agency in Milan and is still its Creative Director today. She has exhibited in New York, San Francisco, Zagreb, Milan, Rome, Turin and many other Italian cities. Barbara has realized several artistic installations for National Exposition as Pitti in Florence. She has painted frescos in USA using an original technique as well as murals in many Milanese buildings and was invited by Christies to do a charity contemporary art installation Red Windows, with other famous international artists. Barbara recently completed a cycle of frescos of the Via Crucis for the Sacra Famiglia Church in Cinisello Balsamo, Milan. In 1997 she won the Jury prize at Filippo Sassetti Premium. In 1999 the Milan Provincial Council purchased two of her paintings. One of her works is on permanent exhibition in the M.I.M.A.C. (International Museum of Marian Arts), in the Picture-Gallery of Tricase (Lecce) and in the Town Hall of Modica (Ragusa). Since 2005 she is a member of Scientific Committee of Melegnano Castle the future Museum of the Province of Milan. Actually is member of Artistic Commission of the Museum La Permanente in Milan. She teaches Art Direction at the Istituto Europeo of Design of Milan, cooperates with Politecnico University of Milan and she teaches Advertising Design at ZhongGuan Vocational Training School of Shanghai, China. She has recently published the book "L'ideogramma al neon" Advertising, comunication e lifestyle in China, by Lupetti Edizioni.