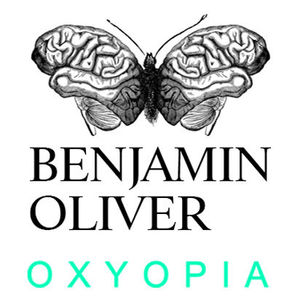 Benjamin Oliver studied foundation at Jacob Kramer (Leeds) followed by a degree in Sculpture at the Brighton Faculty of the Arts.

Never fully content with the confines of sculpture, Oliver learnt the art of film-making and a combination of the two set him on a path that has spanned his career.

Back in Leeds in 1991, Oliver set about creating surreal films for the ever increasing number of party-people emerging during the 90′s. From humble beginnings (equipt with only one Super-8 projector), to setting up the North’s first, digital-video production studio, Oliver produced and directed films for the biggest club names in the region at the time: Vague and Back to Basics (Leeds), and The Paradise Factory (Manchester).

“For me, a nightclub was akin to an art gallery. Each week I had the opportunity to exhibit new works on enormous walls and to a massive audience. I was in heaven”.

Oliver was quickly discovered by The Faversham (an independent art gallery and nightclub in Leeds) and given the role of Artistic Director. Here, he was at liberty to simply; “Create”. Joining forces with The Divine David (Manchester based performance artist), Oliver went on to produce films that won them both national attention and a stream of TV production company commissions with Channel Four and Channel Five.

In 2012, Benjamin relocated to the Lancashire coast to concentrate on the finer aspects of art once again. His latest works bring together art and light in sensory bliss. With a background firmly rooted in high impact visuals and a combination of traditional and digital media, Benjamin Oliver is attempting to re-align the modern art gallery experience.

From Sunday 18th May – 26th July, 2014, Morecambe Bay based artist and filmmaker Benjamin Oliver brings you a collection of his latest works under the OXYOPIA banner at the Ashton Memorial Gallery, Lancaster.

In his first ever solo exhibition, Oliver presents a series of artworks that trace a specific understanding the artist has of oxyopia. Oxyopia is defined as: “an extremely heightened acuteness of the eyesight, resulting from increased sensibility of the retina”. Oliver relates this to an environment where paint combines with light and sound to create a systematically womb-like and immersive experience.

First, there are the paintings. Framed in faded Victorian splendour, they are large and imposing, progressive graphical artworks. Butterflies, insects, animal and human forms are fused together in playful and surreal landscapes. In the centre of the hall stands a pedestal with instructions... Follow these to be faced with an animatronic butterfly flying in a jar and the sudden realisation that you’ve been co-erced into playing a small part in its demise.

Around the balcony, spinning cardboard circles reveal projections of continually adapting animations on the domed walls. A huge centre screen displays a 3D butterfly caught in an endless loop. Projectors strobe, images float and spin. Professor Brainstorm may have a few patents-pending on some of the technology used here but the effect is solid.

Oliver backs up his old-school techniques:

“It has to be seen to be believed! I developed the spinning cardboard animation technique VJing in nightclubs, back in Leeds in the 90’s. The cardboard blocks out light from the projectors at exactly 23 frames per second, creating one of the most visually mystifying, yet beautifully simple effects that I’ve still never seen bettered.”

The finishing touch is provided by Electronica artist and producer, Rob Antony: www.soundcloud.com/rob-a/

“The music has been custom-made to adapt to the shape of the hall. We recorded a lot of the sounds you will hear in Morecambe Bay, Lancaster town centre and Williamson Park. We then played them back inside the dome and sampled the results. I later added synthesisers and beats. It gives me great pleasure hear it come together like this in the gallery.”

The audio is delivered using a seven-speaker Dolby surround system and adds another dimension to the art that can’t be pinned down. Stare at a painting for a minute and suddenly you’re lost in a B Movie of your own making. I would recommend including smelling salts in the picnic hamper.

Further details can be found on the Lancaster council’s website at: http://www.lancaster.gov.uk/parks-and-open-spaces/williamson-park/events-news/
For a closer look at Benjamin Oliver’s work please visit his website at: http://oxyopia.co.uk/
Facebook: https://www.facebook.com/mrbenjaminoliver
Twitter: @BenjaminOxyopia
See a 360˚ interactive panorama of the exhibition here: https://www.google.com/maps/views/view/101237327300975910861/photo/X9fsEKBpPCYAAAQW9zeeqA?gl=gb&heading=33&pitch=83&fovy=75