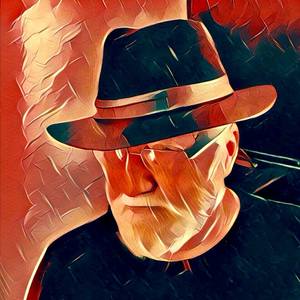 Francisco Campla has lived off the management of visual images from the very beginning of his career. From his early start as a designer, art director and then creative director in the world's biggest advertising agencies to this date, he's never stopped conceptualizing and creating images as a part of his work. Today, he is completely devoted to his life's passion: painting, after selling all of his businesses so as not to have any distractions.

Between his many achievements, one can find hundreds of logos, complete corporate identities, highly succesful products and very well known international award-winning advertising campaigns. He worked with famed worldwide studios such as Ettore Zottsass, founders of the Memphis movement, with Marco Zanini and other multinational teams. After this widely succesful experience he went on to create his own advertising company and several related businesses, basing his "school of thought" in the principles of the Bauhaus movement.

An important biographical fact, that has highly influenced his artwork, is his psychological studies, particularly a masters degree on "Freud's Psychopathology", taught by the exceptional argentinian master Guillermo Brudni.

His works are sold in Chile, the U.S. and Europe. In September 2013 he was elected winner of the 8th Artslant Showcase of New York. The prize was awarded by an international jury of world-class.

In August 2014, the painter was selected to join the ranks of “Visionary Artists” by the prestigious European magazine Vision (www.chfvision.com). The publication, which is internationally renowned in the art world, released a 12 page spread about his life and work.