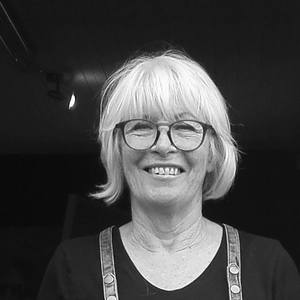 Originating from Yorkshire, I am now a British infused South African. Prior to my decision to leave my life in England behind, I attended the Guildford School of Art in which I was able to pursue my passion for painting.

Despite studying to become an artist, I began to teach adults with severe learning difficulties, a career that was to encompass many years during which painting was put on the back burner. I had married, had a child, then separated and needed to have a regular income.

In 1991 I emigrated to South Africa with my partner who had been exiled from South Africa. I had intended to continue my work in within social services but that was not to be. There followed a number of positions including working on Reconstruction and Development with the National Peace Accord and then in Local Government in the run up to and after independent elections.

In 2000 I retired from full time work but after a few years I found myself 'helping' a friend run her estate agency business until 2015 when I decided I really would retire and return to painting after 45 years.

I now have a studio and a small gallery in partnership with another artist, also in Cape Town.