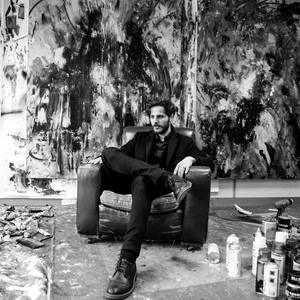 Born in Naples in 1989, Cristiano participated in his first exhibition aged 14 in Milan, followed by exhibitions in his native Naples. In 2007 he enrolled at the Academy of Fine Arts in Florence under the instruction of Adriano Bimbi. During his time at the Academy he participated in exhibitions and projects all over Tuscany. By 2012, having exhibited widely across Italy, Di Martino featured in his first British exhibition in 2013 and has since exhibited and featured in many juried prizes throughout the UK and Europe.

The content of Di Martino’s work has do with the human body and nature, their issues, their changes, and transformations; with their dramatic cyclicality and transience. A focus on how everything flourishes and decays. These are the reoccurring themes in his body of work, in which many mediums and varied subject matter are employed.