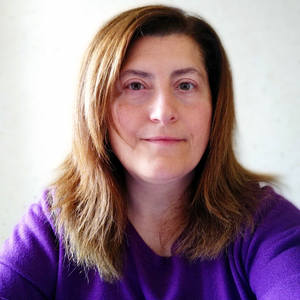 I am italian and I live in Rome where I grew up.


I've always been attracted by colors but also by b/w images and in particular by the magic that their simultaneous presence can create within the same image.


I became interested in Photography during teenage years but I started taking pictures intensively and to manipulate photographs in the '90s after attending an annual course in professional Photography, Portraiture and b/w darkroom.


In 1991 I became fond especially to the Still Life photo shoots in b/w (with a manual SLR Yashica FX-3 SUPER 2000 camera), for the b/w printing in darkroom and for photo staining with an airbrush, acrylic watercolors and transparent inks, in some significant details.


From this research came a collection of 24 large format photographs that took part in a solo exhibition in Rome at a major furniture and interior decoration store.


I've always been attracted by Graphics, as well as Photography and I included this interest in my researching and in the creation of my images that being halfway between photography and graphics I like call "photo-graphic".


Later I became curious to Scanner Art, the creation of images taken by means of a flatbed scanner instead of a camera. Of this technique, in particular, I was fascinated by the deformation which assumes an object making him move on the scanner glass when scanning. The object becomes as liquid and assumes movement and seems to live its own life.


I have done over time various creative and handicraft activities and jobs in furnishing complements sector, in the creation of fabric bags and artistic jewelery. I also worked in web design and graphics.


Since a little time I am deepening my passion than when I was a little girl for Drawing and for Illustration, discovering a great interest in Surrealism.