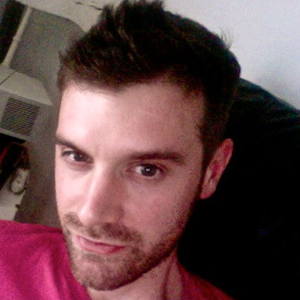 
One of the central concerns of my work is the idea that great complexity is derived from great simplicity. This "bottom-up" approach is analogous to materialist theories that powerfully describe the natural phenomena we observe in the world from the molecular to the cosmological.

I'm interested in how an underpinning system based on a few basic parameters can generate something that is visually complex and highly intricate, but is borne out of a highly reductive process.

Using simple mathematical devices such as iterative sequences, repeated geometric motifs and varying particular numerical values of integers and angles, a structure will emerge that is bounded by and existent upon these principles. A visual aggregate of the system that defines it.

Often the initial act will be to make an automatic line by hand that describes the spontaneity of a direct and unmeasured moment. The instancy of this mark acts in relief to the highly methodical and deterministic nature of the process it then undergoes.

These dichotomies hang in tension with each other, the one a tacit recognition of the "artist's hand", the other concerned with the pure and detached language of mathematics. The work is simultaneously reliant upon and informed by the unpredictability of one thing and the rigidity of the other.

Foundation in Art and Design from Suffolk College.

2015 - Catalogue text published for the exhibition

Pelly-Fry at the Griffin Gallery, London.


2015 - Interview with the artist Duncan Bullen for


2015 - Catalogue published to accompany the


2015 - Interview with the artist Wendy Smith for

show at the Residence Gallery, London.


2013 - Catalogue text written to accompany the

for the artist Jeannie Driver at Arebyte


2011 - Interview with Francesca Baker for


2005 - Award for contemporary print from the


2018. "In Line" - a group show by Saturation Point Projects at the Griffin Gallery, London...

Projects and Slate Projects, at the Loud and


2015. Battersea Affordable Art Fair, with the


2013. The Affordable Art Fair Battersea, with the


2013. The Affordable Art Fair Hampstead, with the


2013. The Bristol Affordable Art Fair, with the

of the London Art Fair.