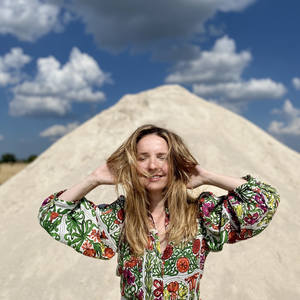 Irmina Konefal started taking pictures when she was 18 years old and since then she has been inseparable from her camera. She documented different aspects of her everyday life while creating her conceptual ideas. At that time she bravely expressed herself, her deepest and hidden thoughts could be seen in her photographs.
In 2004 she moved to London and after a while she felt the need to find another way to express herself rather than through a photography. Hence she started drawing.
At the beginning she created a character of a bunny with a broken belly. Although the drawings were colorful, the bunny's broken belly suggested that there was something wrong or something bad happened and the whole picture didn’t look so funny or happy anymore. Few months later she started using a new medium, collage. That gives her the best opportunity to express herself and connect to higher powers. During nine years of working, she’s been developing and strengthening her love for this technique. She is currently based in Warsaw.