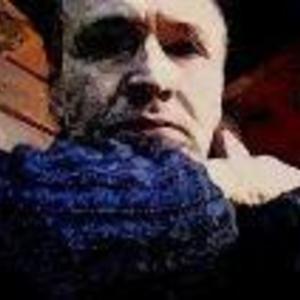 Ivan Krutoyarov was born in 1958 in Volgograd.
Higher education in the sciences. From 1983 till 1989 studied at Moscow Learning People's University of Arts, specialization in easel painting. Due to some life circumstances gave up painting in 1990. 20 years later, in 2010, returned to creative work after a series of accidental occurrences.

Uses oil painting techniques. His own style defines as a combination of philosophical realism, impressionism and expressionism.

"Ivan Krutoyarov's painting distinguishes itself at Russian exhibitions of modern artists by pensiveness, concentration, fascinating romanticism. The artist, teetering on the edge of styles, undoubtedly, has his own hand and manner, being a rich heir to the traditions of Moscow pictorial school and admirer of European neoimpressionism.
"Expressive impressionism" of Krutoyarov is notable for its philosophic content combining the value of what is painted with the way how it is painted. The art credo of Ivan Krutoyarov is the combination of power of colours with the depth of the subject's sense. Painting technique perfection is not an end in itself for the artist, he addresses himself, first of all, to the spectator - an individual, but not to his aesthetic sensibility.
In his philosophic works the artist uses colours and texture of paints as means of influence upon the feelings and emotions of the audience. He manages to pass on the whole range of feelings - from the surface ones, such as rest, confusion, anxiety, hope, sadness to the most deep, intuitive feelings which are frequently not clearly realized. In Ivan Krutoyarov's paintings refinement is combined with touching naivety.
When describing and characterizing Ivan Krutoyarov's artworks, it is impossible to do without the theory of interaction of colours and musical tones formulated by ancient Greeks. All artworks of the artist are surprisingly musical.
In the artist's paintings the power of expressionistic thought is combined with the refined fineness of pictorial vision. The desire for harmony in the perception of the world which became rare in the art of the last three decades gladdens by the "light sorrow", but neither the subject nor highly professional technical workmanship determines the meaning of a painting. The most interesting aspect of art is the artist's personality, and if it is as original as that of Ivan Krutoyarov, the critics are ready to admire".

Julia Mikhailova, art critic,
expert of Moscow Service for the Preservation of Cultural Valuables under Moscow Department of Culture