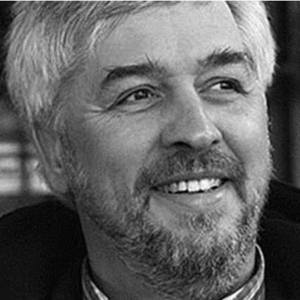 Kastulus A. Wolf
Kastulus A. Wolf born 1953 in Wiesbaden, Germany is a sculptor. His oeuvre deals primarily with the features of Mankind. Human beings, who with their mimicry, gestures and bearing for one instant expose their soul, making a profound impression on their onlookers.
Modern European artists, such as Rodin, Giacometti and Henry Moore were perfectionists in producing soul revealing works of art. It was their oeuvre that inspired and motivated Wolf to develop his own approach to the artistic impressions abundant in the Human Race.
In addition Kastulus A. Wolf was inspired by the rich and unfamiliar manner of the native art of the African and South American continents.
These at first sight very different origins of art, show in their combined intersection the concentration on the essence of Mankind and the interpretation of its hopefulness, visions and anxieties.
All of this is reflected in the works of Kastulus A. Wolf. Several of his creations display with their rough and brittle surface and the concentration on the essentials of solid streamlining, the relationship to the ancient art of long lost native civilizations.
Others are delicately proportioned prototypes, based on the Hades of Dante Alighieri or the ghost of Hieronymus Bosch. Their origins are not in the turbulent history of Mankind, but the subconscious.
This sphere is as fragile, confused and sensitive as the visions from which it originates. And exactly like the arising vision from the sub-conscious, Kastulus A. Wolf’s pieces appear at the same time to be alarming and familiar, a human being with claws instead of fingers and ears as wings. Intimidating, but frightened and fragile at the same time.
Nothing unveils the human soul better than facial expressions ie. mimicry. Following his principle of expressing Mankind through art, Kastulus A. Wolf is, at present concentrating on casting portrait busts.
The sculptor Kastulus A. Wolf uses strong durable bronze to capture the brief human moments. Using this material enables the artist to give his pieces a certain timelessness, he releases them from the flow of time and mode, and from the haste of the postmodern.