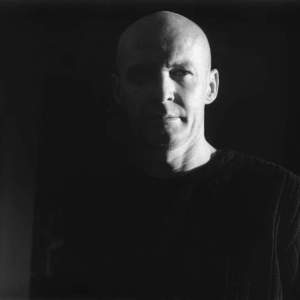 Bogdan Korczowski born 29 September 1954 in Krakow, to which he still feels connected emotionally. Graduated from Academy of Fine Arts in Krakow in 1978, in prof. Wlodzimierez Kunz's studio. He debuted at festival in Nowa Ruda in 1974 with performance "White Bicycle". In 1980 moved to Paris where he currently lives, where In 1985 he graduated from State College of Fine Arts in prof. Abraham Haddad's studio. In 1986 he was awarded Regional Council of Ile-de-France in Paris award. In 1988 received Pollock-Krasner Foundation grant in New York where he frequently returned. Beginning from an early series of paintings "Letters", created from as early as 1980, the artist included on his canvases exaggerated symbols and ideograms.
In June 1989 large exhibition "Korczowski-Paintings" took place in Warsaw's National Gallery of Art Zacheta. The exhibition was a proof that despite of his debut as performer and general tendency of the contemporary art to experiment with new techniques, Bogdan Korczowski remains from the beginning faithful to the most traditional matter - oil painting.
In 1988 Polish Institute in Paris organized artist's retrospective exhibition. To the present Korczowski completed about a hundred individual exhibitions in Europe and the USA. In 2004 Bogdan Korczowski participated in Season Polski in France "Nowa Polska" organized by Adam Mickiewicz Institute.

For the last twenty years the artist completes installations devoted to Tadeusz Kantor untitled "Kartonteka". This monumental installation, which since 1990 is regularly updated, in early stage was inspired by the idea of Archive of Tadeusz Kantor "Cricoteka". Newest versions of "Kartonteka" of the length of 20 m and height of 3,5 m was exhibited at Albert Chanot Center of Fine Arts in Clamart near Paris in 2010.

Apart from that installation Korczowski presented new series of painting works entitled ""FruitÃ©e"("Fruity").
For certain period of time the artist also regularly exhibits an another installation named "Fototeka" in which he connects his painting style with technique of unique photographic prints (polaroid). The whole lays out a fresco wall. Introducing in "Fototeka" an opposition between abstraction an figurativeness, the artist repeats efforts leading to placing himself half a way between expressionism and introspection.
Lately in BWA in Gorzow Wielkopolski "Three Decades of Painting 1979-2009" exhibition took place which included retrospective-personal view at his own creative work. In 2011 Paul Delouvrier Museum in Evry/Paris opened an exhibition of his latest paintings Orbium Coelestium.
More information at: www.korczowski.com.