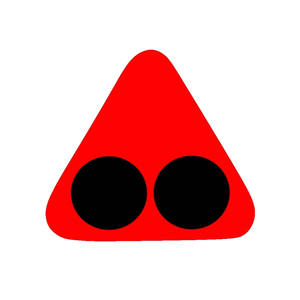 Marina Profumo was born in 1960 at Ceranesi, near Genova, where she still lives.

Despite her natural gift for artistic subjects, her studies and then her work are far from them. Yet her bent and eagerness to express herself, to show her feelings, to portray her anxieties, to materialise themes dealing with human nature instinctively lead her to paint.

Her first oil paintings go back to 1978. They are very introspective and intense works. For example, the paintings titled "Verso il futuro" ("Towards the Future") and "Tempesta" ("Storm") belong to that period. She tirelessly keeps painting aloof from everyone. In fact, it is only in 1998 that she decides to organise her first exhibitions. A broader audience can finally admire her works, such as "La Via" ("The Way") or "Resistere" ("Hold On"), where the hard and difficult aspect of our life shines through, "DualitÃ " ("Duality"), with the eternal attraction/repulsion, coexistence/separation of good and evil, "Supplica Sterile" ("Useless Plea"), the weak's prayer to the powerful to stop abuses, as well as "Il Dono" ("The Gift") or "Gli Innamorati" ("Lovers"), where wonder and sweetness tenderly surround the onlooker.

They are surrealistic images, which indeed do not draw inspiration from any current in that it is painting coming from an introverted isolation and the fruit of Marina's personal inspiration. As she often says, they are paintings to read carefully.

Lately, her love for colour and impressions, as well as her need to try new, different, and less explicit ways to express her emotions, has caused Marina to become extremely essential. Around 2003, new works are painted. The intricacy of her subjects changes, images get easier and are reduced to the minimum: colour, movement, depth, and, above all, light.

Light is not merely an optical effect, but enlightenment of the mind, heat of the heart, a mirage of fullness and happiness.

Before these canvases, our eye and soul move freely and fluctuate, hypnotically attracting each other. They are dragged into the paintings and we are forced to meditate.

From introspection to meditation, and then to the analysis of the world around us: the artist slowly changes her perspective focusing her interest on modern man's behaviour and its effects. Starting from 2006 topical issues recur: one has works on global politics, such as "Political Meddling" and "White Arrogance", and on women, such as "Free" and "Soar". The material used to paint becomes thicker. Before actually working on it, the canvas is prepared by spreading oil and thicker and thicker acrylic paste, and even sand. At a certain point, though, too realistic subjects appear in the artist's mind to be painted. They are subjects that need to have their own body, their own real shape.
Thus, in 2007, the sculptural phase starts. Marina assembles concrete, ropes, paper, wire netting, printed plastic sheets and paint. Anthropomorphic sculptures have a wire netting head with a nose and a mouth, but no eyes or ears, which, like the senses of hearing and seeing, are assimilated to the ability to understand, to realise, and therefore have to be omitted in this context just because her works' focus is to point out man's inability to behave sensibly.
Manufactured in paper, wire netting and rope, these sculptures are stories of everyday human folly, such as pollution, religions, the obsession of aesthetics, hatred. Even in the sculptures where the "grid head" is not present, such as in "Tsunami Brain", "Imprisoned Brain" or "Out of Place", the protagonist is always man and his being foolish and a prisoner of himself; man who, as a result of his wrong behaviour, is heading towards self-destruction.