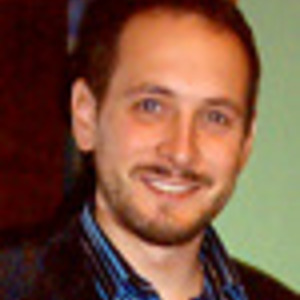 He was graduated as a Professor and Bachelor of Fine Arts (painting orientation) in the Fine Art College (National University of La Plata) with a distinction for his high qualifications (J. V. Gonzlez Degree).
He has participated in many exhibitions, either single or collective. He was also specially invited, in Painting, Drawing and Art in Glass Saloons from the year 1989 until now.
He received many rewards and prizes for his artistic work.
Since 1990 he has performed his own individual exhibitions. During 2002 it was in the city of Barcelona, Spain, where he exposed his paintings, among many other galleries we can mention Rainbow Gallery, in Sitges.
In 2003 he studied scenography in the Superior Institute of Art of the Colon Theatre, in Buenos Aires.
In 2005 new exhibitions were performed in Barcelona. It is worth mentioned Classicism and Modernity, in Art Bubble-Rubi Gallery.
In 2006 his art work Meninas under metamorphosis was published by the Prado National Museum as part of the activities related with Picasso's year.
As a mural artist, he performed many jobs, between them, the mosaic mural The Annunciation for the Villa Elisa Church.
He participated as a ghest mural artist in the Public Journies of Art organized by the National Movement of Muralists since 2000 until now (Mar del Plata 2000- 2002, Quilmes 2004, Carlos Paz 2004- 2006)
He is a teacher of mural art in the Fine Art College, University of La Plata, from 1996.
In the field of Artistic Work for children, he illustrated many books for different Publishing Houses in Argentina. He made illustrations for the ophidian Buenos Aires Guide (2000) and with his painting He will cover you with His shadow was the official Christmas Stamp for the Argentinian Mail.
As a stained-glass artist he was a member of the course New Applicated Techniques for the contemporary glass, with a scholar-ship from the Catalunya Government. At the moment he is a teacher for the Cathedral Superior Institute of Stained Glass window, that gives a technical degree. ? study in La Plata. He is a member of the Art in glass group Asterisco Atelier, with this group he is working since 2004 in the great ceiling window St George and the Dragon.
,