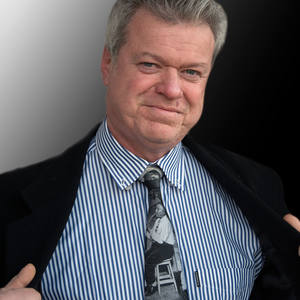 I was born in Turin in 1960, where I live and work.
I am a professional photographer. My work as a photographer first started in the dark room.
My production, developed in black and white, focuses on human ethology by investigating the mutations and behavior of man in contemporary society; to do this, I put in place an estrangement in the creations made, sometimes generated in post-production, through the protagonists I try to carry out research on the epochal change that we are witnessing in recent decades. The subjects of the Metropolitan Ghosts series are configured as ghosts, shadows barely mentioned existing but not entirely present, in the manner of today's man taken by the many distractions and victims of the sick relationship with the digital.
In fact, I try to reflect on the great problem for which humanity is now absorbed by technology where it was previously a useful tool for optimizing communication between human beings and for overcoming barriers. My works derive from profound reflections imprinted not only on the human being, but also on the surrounding forms such as architecture or objects, as in the works Form and Matter and The Signs of Time.

influenced me in my research: Alexandr Rodchenko who strikes me for the different points of view of his images, creating new, disconcerting, high-impact sensations with visuals that deceive the viewer, freeing photography from many of its conventions.
Edvard Munch for his search for him in expressing the subtlest visions of the soul.
Edward Hopper for the strong sense of restlessness in his painting. He said “I don't paint what I see, but what I feel”.

Technically I feel close to the way of thinking of the sculptor, who, when he is in front of the block of material he has to model, knows precisely what will come out. For me as a photographer, the block of material is represented by the photo shoot, post production is the tool that allows me to get to the soul and essence of what I want to represent.