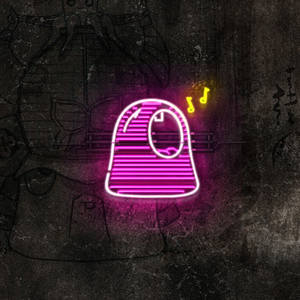 Stories are what make us human. We tell stories, we listen to stories, we live inside stories. Perhaps our souls are nothing but tiny, decorative, multi-dimensional blankets we pull over our shivering brains, woven from delicate threads of narrative. Put another way, we are basically walking story sausages, made from the gristle, teeth and occasionally delicious bits of dead stories. Or, if you prefer a less meaty analogy, we're like a conscious story Cheestring (vegan obvs), made from the scum you sieve from the top of a pot of boiling story. That's a problematic example. I would imagine a Cheestring that had attained consciousness immediately loses veganic viability. Perhaps someone could enlighten me?

But what indeed is consciousness? Is there such thing as an essential truth? Can you effectively investigate the nature of being from within that same system of being? Can the concept of God be explained, perversely, by Darwinian theories of dominance hierarchies in the animal kingdom? How long can I leave that cottage cheese in the back of my fridge before it's genuinely inedible? Can you send yourself mad trying to find out?

Important, perhaps even timeless questions! Who knows, but the best answers arrive as stories and the answers that last, propagate and inform the way we live are the most powerful stories of all. But what does 'best' mean? And how do they generate their seductive power? What relationship do they have with The Truth, whatever in the name of Eddie the Eagle Edwards that means? Maybe the best stories resonate with some arcane inner knowledge about how to survive in the world. Maybe stories harmonise with our subconscious which, deep down, knows that we're tiny, temporary, insanely delicate bags of worry hurtling through infinity on a soggy pebble, but has decided it best to keep that info to itself for the most part. Maybe stories are the embodiment of potential, launched into the night sky from a meaningless desert. Maybe stories are nothing but the brief flicker of illumination in the face of a meaningless tempest. A candle in the wind, if you will. Yeah. Elton knows.

My recent paintings come at a time when I am just beginning to understand where my work comes from. Working my way from understanding to explanation is complicated. I feel as though I have been handed a puzzle, tens of thousands of years old, but the box is so faded that I can't make out the picture on the front. I get a vague sense that the shapes fit together and seeing as though I'm here and have just made a brew, I might as well shuffle the bits around. Every now and then, with a sense of almost hallucinogenic clarity and butterflies in my stomach, two pieces slot together.

My dissertation at university was called something like 'the limits of the human' and, rather lamely, attempted to explore what might lie beyond the limits of human consciousness and if such a thing existed, how one might access such experience. This was a thought that fascinated me and the sense that I could in some way feel the confines of my biological humanity led me to explore ideas of the sublime, the nature of being and truth. All the metaphysical good stuff. That line of exploration felt like it stopped after uni, and I went back to painting pictures that made me laugh, or moved me in some way that I found difficult to explain. The effectiveness of these pictures was related, amongst other things, to the stories that they told. The 'better' the story, the 'better' the painting. 'Better' is somewhat ambiguous, but I had a sense of what it meant so, like the puzzle, I just tried to keep piecing bits together.

Somewhat surprisingly, as it turns out, what felt right is some sort of archetypal representation of the nature of being, and a fairly well trodden description of a specific type of action within that territory. I say fairly well recognised; it appears that I have been unconsciously exploring the same tales that parts of humanity have been telling themselves for thousands of years. Perhaps something like automatic storytelling?