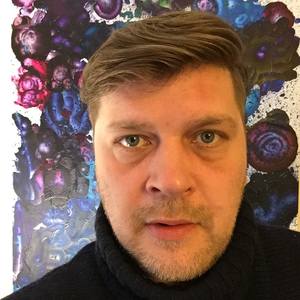 Nitka in his artistic practice manipulates previously applied paint to a canvas with pure air, he also creates sculptures and installations from scratch as well as from found objects.

Arkadiusz Nitecki (Nitka) is a self-taught artist currently based in Poland, he has learnt one thing by studying old masters, that is, to develop your own technique, your own style, do it differently than others, by a mile, and now he applies this to his work, he creates art since 2012.