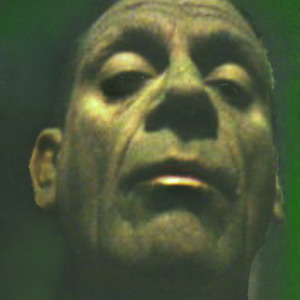 
His family background - father a painter, grandfather a blacksmith and carpenter - gave him an early taste for creation. The result is the great range of his activities.

In 1970, after studies in Humanities and History of Art, Amador settled in PARIS .

Some humoristic drawings were published by PHILIPPACHI Editions and he then became a graphic artist for television ( studios O.R.T.F in the BUTTES-CHAUMONT ).

In 1975 he participated in "˜siÃ¨ge-poÃ¨me" an exhibition organised by the theatre director Jean NEGRONI. In this exhibition, which was first shown in PARIS, then QUEBEC and TOKYO, there were also the works of CESAR DALI, MAGRITTE, MAN RAY, MATTA, VAZARELY etc...

During this period, he met some artist: AGAM, SOTO, VASAREL,YVARAL ,who were involved in a group who were researching visual art. Their influence did not push the artist towards Kinetic Art but greatly reinforced his interest in mathematical logic, geometric construction and the essential precision of chromatic effects which are vital for realist and ornamental painting.

His first commission for interior decoration was given to him by AZZARO who asked him to produce designs for fabrics.

Amongst his many achievements, he designed costumes for the choreograph ROLAND PETIT and executed, with PACO RABANNE the decoration for a private club in BEAUBOURG .

In 1984 the artist moved to the country where his daughter was born.

In 1987, a wealthy family from KUWAIT asked AMADOR to come to the Gulf to decorate a number of palaces.

Overwhelmed by the Arab world he passionately embraced it no longer putting any limit on his exuberance and imagination. From this moment on his work has developed a richness and a particular joie de vivre..