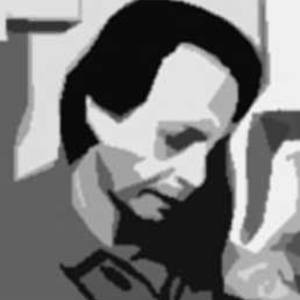 Eden Maxwell is no stranger to adversity—from dodging the death grip of the Grim Reaper’s bony fingers multiple times to fighting his way out of the combat zone of gang warfare on the mean streets.

Thirty years ago, with no net, guarantees, or a rich uncle, he gave up the ‘security’ of a promising Fortune 500 fast track position for what would become an unpredictable and daunting journey. With a hunger that could not be satisfied by a life of rote, Eden had bet all on his wanderlust and a disembodied voice that only he could hear: Fitting in is not your mission.

Eden had embarked on an odyssey to discover that his dharma, his purpose in life, dwelt in the wellspring of art. On his daunting quest for fulfillment, he had earned a remarkable distinction: for many years, he apprenticed with a great Zen master artist.

Today, Eden’s paintings are in private collections worldwide—and his art has been exhibited on both coasts, including the World Trade Center and the Madison Square Garden Museum of Sport. He is the best-selling author of The Magnificent Book of Kites; and his work has been featured in numerous publications, including Popular Science, Omni, MacUser, Art Calendar Magazine, the Drachen Foundation Journal, Adobe Illustrator Wow Book, and the Encyclopaedia Britannica.

Eden has been the featured keynote speaker on several national webinars for artists.

He chronicles the lessons learned on his dharma adventure of self-discovery in his most recent book—An Artist Empowered.

Eden is a longtime supporter of animal rights worldwide.

On his daunting quest for fulfillment, Eden Maxwell had earned a remarkable distinction: for over a decade, he apprenticed with a great Zen master artist who unleashed the artist within.

Patrons: Remember, an artist has no medium. It’s where the art comes from that matters.

Art of the Covenant:

Art is either alive or it isn’t. Art can’t be conveniently pinned down or demystified precisely because it is metaphysical: if its creation is magic, then the art is magic.

My art comes directly from my soul. The soul is the magic window into the Cosmic Psyche—the source of all creation, material reality, the field of all possibilities … God. My art making is based on the physical flow of spontaneous intuition, which involves a remarkable journey. Impulses of energy and information surge down my arm and, through improvisation, I compose visual jazz with line and color.

My paintings and drawings are confirmation of a universal mythology of dreams within dreams—timeless images taken through the lens of my life experience. Unfettered by premeditated ideas, I create from a depth of intelligent feeling that establishes evidence of the Spirit in Art, and transcendence in the physical world.

Everyone sees and feels in a unique way; that is why no two people are precisely the same. If you see or feel something in a work of art … it is there! As one needs to learn how to read the written word, one must also have the desire to understand the language of art, and the alphabet of a particular artist. I create confidently on a faith borne of knowing—not believing. I do so with an agreement to accept that intuitive guidance fearlessly.

Create means original; creation isn’t the reproduction or rearrangement of existential facts— that which already exists. When I finish a piece I—like the spectator—am seeing it for the first time.

Humility is the artist’s ally.

Today, Eden’s paintings are in private collections worldwide—and his art has been exhibited on both coasts, including the World Trade Center and the Madison Square Garden Museum of Sport.

A few comments by gallery owners who showed my work:

Eden Maxwell’s work is a pure celebration of spontaneous creation and the marvelous potential for expression within us all.

In Eden’s work, a single viewing is just the beginning. Over time and at different distances and angles, his artwork grows increasingly intriguing and satisfying as more complex shapes and subtle forms integrate into a seamless panorama of the humor and drama of life -- an act of artistic alchemy that cannot be planned or duplicated.