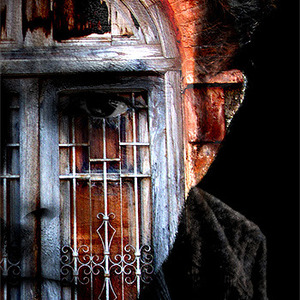 Duality Mechanized.
The duality, present as a switch of reason, good and evil, yes and no, + and -, two conflicting forces which bound compose a
single universe. And Mechanized as these times are, the techcnological revolution, the planetary appearance change in the hands of men who short-circuit the nature with silicon chips.
Mechanized duality is a project which started three years ago, as a turn back to an old and nearly forgotten fondness of photography inherited from my father, and also as an incipient need of expressing myself towards it. And that, which started being an experiment, turned out to be an obsessive work which should eat my time in bites during the last years. From the very beginning I worked with two concepts almost irreconcilable, classic photography the freezing of the moment, and digital elaboration, realism against surrealism, the concrete, real, against the hidden, oneiric, perceptive. I've found very hard to maintain a consistent hilarity, in a work which is composed by the same language but with different styles. Mechanized duality deals with me in first person, with Cristina, with my dog, with Valencia, with the Mediterranean, with the horrors of this planet, with the XXIth C. society and with countless motives which seduced me during these years.