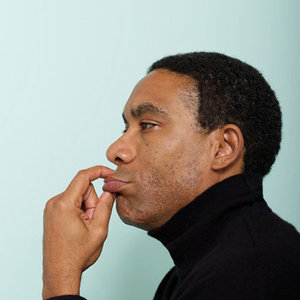 Stan Woodard is an artist living and working in Atlanta, GA. He works primarily with found materials to create installations and objects. Multimedia regularly figures into his installation work and he produces stand-alone multimedia, video, audio, and interactive digital works as well. Taking an archeological approach to found materials he often comments on the histories of places and objects.

As a performer, Woodard works a lone and with the performance trio Chinese Frankenstein.

Woodard is a recipient of the KBFUS (King Baudouin Fellowship US) award. Woodard has been exhibited in Atlanta, New York, Hong Kong and regionally.

Inspiration gained through exploring my post industrial neighborhood founded my work using discarded and recycled material in the creation of artwork. Believing that every debris object has a history as unique as each of our own, I chose items which had appealing formal qualities apart from that of other urban detritus. These objects were originally manufactured to serve a particular purpose and at some point were lost or deemed no longer relevant. By aestheticizing debris objects, each of them having passed through cycles of real and perceived value, I redefine their meanings.

My work ranges from intimate objects to room size installations and may include multimedia across the range. Elements have included weathered metal parts, wood, demolition debris, natural stone, organic material, etc. Recent object oriented works incorporate relics of personal lives, such as dolls and electronic parts. My installations are often immersive in character, and may include multimedia and interactivity. Through installation I have addressed a number of social issues such as the environment, gender and racial identity, and privacy, among others. I also create stand-alone video, audio, and interactive works set on a variety of themes.

While I consider archeology in the approach to found materials and new media, the works are evidence of personal mythologies and symbologies. An archeologist must evaluate artifacts according to accepted conventions; an artist may interpret according to his own standards. It follows that each observer brings a unique set of tools to evaluation.