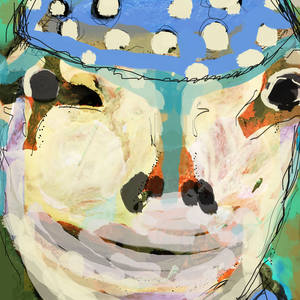 The writer, critic, and visual artist Terry Castle--once described by the late Susan Sontag as '"the most expressive, most enlightening literary critic at large today'--- has taught at Stanford University since 1983. Her scholarly interests include literature and the visual arts,, the history of photography, modernism, Gothic fiction, Jane Austen, English art and culture of the 1920s and 1930s, gay and lesbian writing, and autobiography and memoir, She has published nine books on diverse subjects, including the prize-winning collection, The Literature of Lesbianism: A Historical Anthology from Ariosto to Stonewall (2003). She is also a well-known essayist and has written frequently for the London Review of Books, the Atlantic, Slate, the New Republic, Times Literary Supplement, New York Times Book Review, and other periodicals. Her latest collection of essays, The Professor and Other Writings, was published by HarperCollins in 2010. She has written about art--particularly photography, the Bloomsbury Group, Agnes Martin and Georgia O'Keeffe, and Outsider Art--in various major publications.

Art plays an increasingly important role in Castle's creative life. As an artist she works in collage and mixed media, photography, gouache and acrylic, chalk pastel, and digital imagery. A number of her works have been reproduced in magazines and she has provided cover imagery for several trade and university Publishers in both the U.K. and the U.S.. In her spare time, she is a music, book and postcard collector and a miniature dachshund enthusiast. She lives in San Francisco.
terry-castle-blog.blogspot.com/ (my artwork blog),
www.stanford.edu/ castle/cgi-bin/wordpress/ (my personal and professional website),
apostcardalmanac.blogspot.com/ A blog devoted to my postcard, vernacular photography, and ephemera collections.