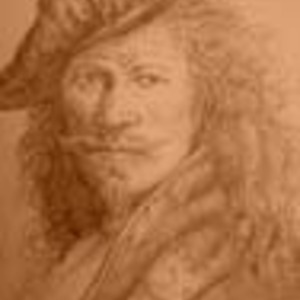 b. 1945, Paducah, KY, USA
von Schmidts best-known work is his sculpture The Ideals of Aaron, commissioned by The Pave the Way Foundation. The artist personally presented the sculpture to Pope John Paul II during a private audience at the Vatican in 2005. von Schmidt is a graduate of The Cooper Union and has a Masters in Fine Art from Brooklyn College. He served on the staff and faculty at both schools, and worked as an assistant to the classical sculptor, Anthony Cipriano. The Brooklyn Museum and SUNY at Purchase include von Schmidts work as part of their permanent collections.

Conceptual artist, trained as classical sculptor, cabinetmaker, pilot
In addition to the usual artistic muses: mortality, the human condition, man's place in the universe and on this fragile planet, I have explored some specific themes in my most recent solo exhibitions.

For "Bamiyan, Silk to Lava", (2009) I made symbolic replacement faces for the lost colossal statues of Buddha in Afghanistan. Reflecting on the diversity of cultures that spread along the Silk Road, I used a variety of different materials to interpret the face of Buddha, from hand-dyed silk cocoons and fabric to cast iron, aluminum glass and paper. The most intriguing material was molten lava from a volcano the inner substance of the earth, taken straight from Vulcans Forge.
"Antediluvian Memories", (2006) is a series of Hourglasses which house in their "separate" chambers, samples of earth (below) and water (above) which I have collected from various sites around the world which have historically suffered catastrophic floods: i.e. New Orleans; Indonesia; Venice, Prague. Each piece is displayed with photos of the collection site, designated with "ART SCENE" tape, which I had previously made for just such site-specific art events.