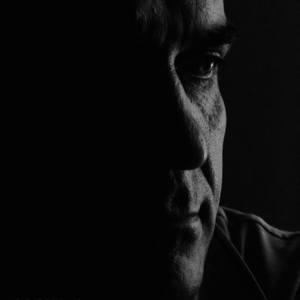 Gentian Zeka has carved his art step by step, discreetly away from the press, fame,, the noise: keeping away from provoking and posing, keeping away especially from the temporary and maintaining an inner ontological, professional and human balance considering lifespan important. It seems the artist is more interested in surrounding himself with silence rather than the noise; he is more interested in avoiding hastiness and temporary fame rather than in achieving the violent glory which is required by the other mortal artists at any cost. It is important to the artist, while being on his way, composing of his creation based on consistency, faith, passion, independent of the circumstances, indifference, envy, jealousy or enthusiasm, sympathy or admiration produced by his art. He is a consequent artist, who does not compromise his art, who understands art to be his own mission in life as well as his own personal lot.

The artist did not change his home place. He was born and he still lives in the village of Remenj, just a few kilometers away from the city of Pogradec, Albania a village which lies in a valley full of chestnuts. One can contemplate Lake Ohrid from this vantage point, arduously surrounded by a crown of stately and treeless mountains, where on the right there looms in the dry Mountain. Whose peaks are snowy almost throughout the four seasons. This natural amphitheater resembles the heavenly image of the earth. The artist has not searched for another home, but he has trusted and he has rotted in deeper in the place where he first beheld the sun light, the earth, arid the sky. Seemingly, this choice, a more vertical inculpation in his birthplace, will not disjoint the continuance of his childhood memories; seemingly, it will not cause any traumas in his artistic conscience because of his avulsion from this earth. At peace with his place of birth, himself, nature around him, people around him, he continues to create in his country of birth sanctifying it and through this process he also sanctifies himself.