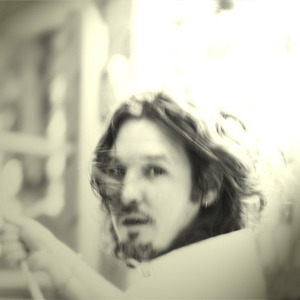 Bil Zelmans way of making pictures reminds me of an early work by John Baldessari, a photograph from the mid-60s transferred to canvas and captioned by a sign-painter. The image shows the artist standing on the curb near his house. Dead space yawns before him, and a palm tree behind him appears to spring from his head like an unhealthy growth. The single word painted in the margin belowWrongrubs it in that conventional rules of visual composition have been broken. But theres the image anyway, not in the discard heap but on a museum wall, wrong in a dozen ways, but right in at least as many more, from its brash, self-conscious dumbness to its sly, subversive brilliance.

In Zelmans photographs, all sorts of things feel wrong: the edges of the frames slice off valuable facial features, arms and other errant body parts; expressions are too taut or too slack; lips purse or droop, and the same happens with eyelids, which seem in active battle with gravity, either forced open or succumbing to an irresistible weight. The people in this humble pageant, its safe to say, dont look their best.

Since Garry Winogrand, Larry Fink, Diane Arbus, William Klein and so many others, the aesthetic of the wrong has become accepted practice in photography. Aggressive framing, dramatic contrast, unconventional subjects, unflattering shotsall have become comfortably ensconced in the standard repertoire. These photographersand Zelman positions himself among themare not exactly conceptual pranksters in the Baldessari mold, but theyre agitators of a related sort, purposely getting it wrong in one way so as to get it right in another, disrupting visual order to ignite a kind of visceral disorder.

Zelman photographs at parties, festivals, on the street, at gatherings of all sorts, occasions and places where people assemble. He focuses on the middle-aged and the middle class, the young as well as the established, reveling teenagers through upscale gala-goers. He shows people pressed together in body, starkly separate in spirit.

The sacra conversazione of Italian Renaissance painting meets its bleak, modern counterpoint here. Instead of holy figures united in space and emotion (engaged in holy conversation), Zelman delivers common people engulfed in profane silence. Their eyes rarely meet. Instead, gazes drift past each other, or drop to the ground, defeated. Only disconnect, Zelman utters, our moments jaded riposte to E.M. Forster.

Here and there in the pictures are glimpses of tenderness: a child dozes innocently beneath a coat at a dressy party; a young girl finds sanctuary in an adults embrace; luminous wisps of falling snow ennoble the deeply wrinkled face of a passerby. But as a matter of course, Zelmans vision doesnt exude generosity. Hes after a truth more raw, more bracing. Just as a fragment (a chin, an ear) in a picture synecdochally stands for the whole head, the whole person, these fleeting frames of disconnection conjure an isolation that spans from personal to societal. Rugged tonal contrastthe figures bleached by the flash, yet asea in blacknessonly reinforces that condition of separateness.

The characters in Zelmans off-kilter tableaux act in ordinary, mysterious ways. Ordinary, because the gestures and postures extrapolate from the familiarfingers curl beneath the the chin or tentatively rest on the lips. Mysterious, because theyre cut off from what came before and what followed. The movements hang, awkwardly, incomplete, ever in transition.

Some things our eyes were never meant to see. Muybridge dissolved one layer of that boundary with his photographs of human and animal locomotion. His pictures break down continuous movement into its fragmentary, constituent parts, translating filmic sequences into staccato stills. Zelman revels in the burlesque opportunities of such split-second glimpses, the particular oddities that give way to general truths. The painter Francis Bacon played in similar territory, rendering faces and bodies in the grotesque blur of the in-between.

If what we typically do in front of a camera is compose ourselves, what Zelmans pictures record is the withholding of that opportunity. They show people with a candidness that verges on decomposition.

A strange intimacy comes from scrutinizing people as theyre not prepared to be seen. As if weve violated, in however fleeting and minor a way, the public/private divide. Even pressed into this crowded global elevator of ours, were closer than we ought to be to these strangers. They fill our field of vision. They overflow the frame. The intimacy is false, even a bit oppressive. Zelman, a fan of Weegees, appreciates the brusque nakedness of the crime photographers vision. Though Zelman doesnt chase blood and disaster, his pictures are petty crimes in themselves, small assaults against propriety, puncture wounds in the social veneer.