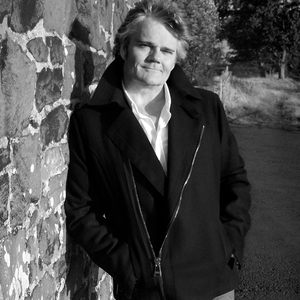 Winner of the prestigious Crown Fine Art Award for Photography at The National Open Art Competition . . . . .
FINE ART BLACK AND WHITE LANDSCAPE PHOTOGRAPHY : Lindsay was the first photographer to be offered a residency at the prestigious ' Hermitage' artist retreat in Florida, America's only 'by invitation' artists retreat. During the residency his work came to the attention of the George Eastman House - the worlds preeminent museum of photography. Subsequently Lindsay was given the opportunity to bring the Eastman House's Ansel Adams collection to Scotland, and to exhibit alongside this Legendary Master Photographer. The only Photographer to have been awarded such a privilege by the Eastman House. . . . . .

FINE ART EQUINE PHOTOGRAPHY : Keeping a fresh approach to projects and opportunities that inspire is the key to any artists work. With a desire to revisit the studio the challenge I set myself was to capture the stature and majesty of these amazing animals. To provide the opportunity for each individual horse to project it's dominance, and display it's character and spirit within a solitary space. The studio space provides the ideal stage to isolate the horse from it's usual environment. That element of isolation creates the power for a commanding portrait, singular statuesque images of the horse. Images where the scale of the surroundings are sympathetic to the animals size and presence; compelling the viewer into the captivating aura, energy and beauty which these glorious animals possess and transmit.' . . . . . . . .

THE ENDANGERED SERIES - This latest stunning series of images by Lindsay Robertson, comprises photographs of endangered mammals captured within his custom made portable studio set. This project was conceived following on from his successful Equine photography. Seeking to challenge the concept of animal 'portraiture' further, he set out to achieve a series of animal portraits that challenges our perception, as to how an animals surrounding environment can communicate and question our appreciation and thoughts towards it. The starkness and scale of the background, places the animals within a perspective which seems surreal. Coupled with skilful lighting, Lindsay strives to portray these amazing animals as never before seen, thus enabling and inspiring us to study and appreciate the detail, textures and character of the animals. The various animal images are original photographs. To achieve these images, Lindsay worked closely with a safari park. Great patience and an utmost respect toward the animals was required, as there is a no 'hands on' approach to the various animals within the park. . . . . . . . . . .

Lindsay's work is exhibited and collected throughout the UK, Europe and USA. : A collection of images were recently auctioned at Sotheby's New York. :

Showcase Exhibitions at The Horse of the Year Show UK, The Kentucky Derby USA, Windsor Horse Show, Hickstead and at The Scottish National Equestrian Centre. :

Also featured on BBC TV's "Show me the Monet" series ...

Winner of the prestigious Crown Fine Art Award for Photography at The National Open Art Competition.

Featured on BBC TV's "Show me the Monet" art series

A collection of images were recently auctioned at Sotheby's New York.

Showcased at The Horse of the Year Show,
Windsor Horse Show
Hickstead and at The Scottish National Equestrian Centre.
The Kentucky Derby, USA


Lindsay's work is exhibited and collected throughout the UK, Europe and USA.