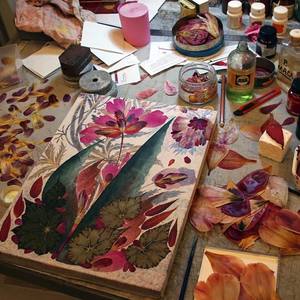 Olexander Mikula
1955 - Born in Berdyansk, Ukraine.
Works in the field of industrial, spatial and graphic design since 1970.
The holder of patents for industrial designs in the field of graphic design.
He is the author of 25 publications of scientific and educational-methodical issues on graphic design.
The author of more than 100 trademarks and logos.
2007 - Co-founder of the All-Ukrainian Student Poster Biennial Khmelnytskyi.
2009 - Organizer of the exhibition of young artists "Bird of the Ukrainian Star"
Gallery of the Fund for the Promotion of Arts Development Kyiv.
2007 - 2010 - Organizer and creative director of the annual creative plein air for students of artistic educational institutions "Mystetska Kachanivka"
National Reserve "Kachanivka" Chernihiv region.
2009, 2010, 2013 - Co-organizer of the International Festival of Calligraphy and Printing "Rutenia" Kyiv.

1975 - participant of the Aviation Academy of the USSR, Moscow (diploma work).
1978 - for the first time took part in the All-Ukrainian exhibition of poster, Kiev.
1980 - an encouraging prize at the Kiev Fire Posters Contest.
1985 - 1st prize at the All-Union competition for the best agittplacent, Moscow.
1985 - 2 nd prize at the International Posters' Contest of the National Red Cross Societies, Moscow.
1985 - member of the Union of Artists of the USSR.
1987 - an encouraging prize at the All-Ukrainian competition of posters on road safety, Kiev.
1989-1995 - winner of the Kyiv Biennial poster.
Participant in international, all-union, all-Ukrainian exhibitions and poster contests, exhibitions of applied graphics - International Exhibition of Marks and Logos "Fifth Element" 1998 Kharkiv, "Signs and logos 2001", "Signs and logos 2002" Moscow and others.
2002 - Diploma of the Ministry of Education and Science of Ukraine.
2003 - Member of the Union of Designers of Ukraine.
2004 - Golden Diploma of the All-Ukrainian Exhibition "Life of the Font" Kyiv.
2005 - Corresponding Member of the Ukrainian Academy of Heraldry and Trademark.
2006 - 1st place at the 2nd National Festival of Social Advertising
in the nomination "Outdoor advertising" Kiev.
2006 - Special prize of Imam Ali Museum of Religious Art
and an encouraging prize at the International Contest of Poster "Monotheistic Religions" Tehran (Iran).
2007 - II place and an encouraging diploma at the 3rd National Festival
social advertising in the category "Printed advertising" Kyiv.
2007 - Member of the Fourth International Biennial of Poster Tehran (Iran).
2008 - An encouraging award from the Ministry of Ukraine for Family, Youth and Sports.
2008 - Order of Saints Cyril and Methodius of the UOCCP.
2008 - Honorary Diploma of the Ukrainian Academy of Arts.
2009 - Participant of the 3rd International Biennial of Islamic World Graphic Teheran (Iran).