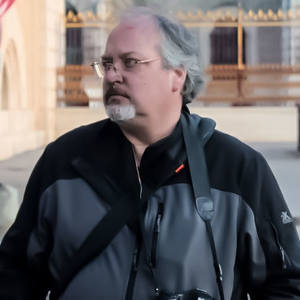 Bio: Keith Kovach, born in St. Louis, Missouri in 1962, received his B.A. (1984) and M.F.A. (1986) in Photography from the University of South Florida in Tampa. For over ten years, Kovach worked as a freelance artist specializing in multimedia development, animation and commercial
photography. From 1999 to 2004, Kovach taught at Indiana University Purdue University
Indianapolis (IUPUI). Kovach currently is an Associate Professor of Art in the Art Department at
the University of Central Florida (UCF). Kovach was a Senior Fulbright Scholar in Media
Studies (2004) in which he did collaborative research and lectured at the National University of
Fine Arts, Bucharest, Romania. Keith Kovach has received a second Fulbright Scholar award: Fulbright Quartier21/MuseumsQuartier Artist-in-Residence "Vienna in the Winter: A Visceral Experience of Time and Place" MuseumsQuartier Vienna, Austria. January 2015

2015 February 23-28, Keith Kovach (USA): Neo-Biedermeier Photography,Venue: Raum D / MuseumsQuartier, Vienna, Austria Curator: Ulrike Fallmann, Head of Q21 presents a body of photographs with Vienna as the subject, and in the style of "Street Photography". A sense of time and place of Vienna in the winter of 2015. (Solo Show,100 prints)

2006 January 22- July 23, 2006 Commissioned by Orlando Museum of Art to produce video to be shown in the “Art of The Motorcycle” based on the Guggenheim Museum show.

2005 August 13- October 30, 2005 Commissioned by Orlando Museum of Art to produce an interactive 3D projection animation. Displayed at the entrance of the MC Escher “Rhythm of Illusion” exhibition.

2013 From the Streets of Romania, Sardinia, and Colombia "Where to Next?"- 100 prints- Solo Exhibition, University of Central Florida, VAB Gallery, Orlando, FL