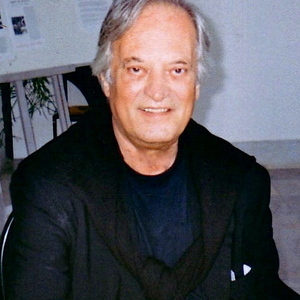 Mediterranean heart and birth, blood heir of a Greco-Italian, MAIOLINI was soon rocked his childhood in a family of "artists". After Artistic depth studies in Tunis and Paris, after various trades, all headed to the Art and a short period "abstract". MAIOLINI is naturally turned to the "Narrative Figuration." Its roots are still omnipresent in her work. Lovers of "GrÃ©citÃ©", his paintings are felt and are impregnated in antiquity confrontation with the present movements that give them their modernity.
In a remarkable technology, MAIOLINI meet at the same table various trends that we interview! ... As he likes to say himself "A table is interesting that when it is subject to reflection and Price !..." the distinctions among artists put so-called "Value safe ....
Roger Darton
CHRONOGICAL
1940: Born in Tripoli. His parents PPE cause of Sicily, returning the Sicily, after the occupation of Tripoli by the troops of Rommel
1941/1950: First studies in Sicily.
1950: For the needs of working parents leave Sicily for the Tunisia, where much of his ancestors had settled early twentieth century. Where we find the essence Artistique, his grandfather having a large painted Christ in the Church of Jerba, his father posters of the
front of family cinema in Sfax, they owned before the war and his uncle in the United States refusing offers of Walt-Disney, mounted his
clean house "Cartoons"
1955: After studying hard, because the transition at age 10, the Italian to French, strong drafting, he begged his parents to include the Beaux-Arts. Mal took him, his father found him a job "in the Office geometry of the Ministry of Agriculture where he worked. 15 age determinations are more important than 10 years and not taking Moreover, after a week, he left his "job" and the family fold
went into hiding in a "friend". It was his younger brother discovered his hiding and who was responsible for negotiating. His parents were not rich, with 4 children to raise, and the Ecole des Beaux-Arts cost quite expensive because supplies! ... It s'invente designer talent showcase Store, which allowed it to "high hand" to pay for his studies and beyond! ...
1958: At the end of 2 years, he asked the director to the leave to participate "Grant Award Artistic trip" contest only for students of 3 years. Claiming that his father was not convinced of its future, Mr Berjole, its director (more tart Curator of the Museum of the Annunciation "in St. Tropez), is left convince, and did participate in this Prize. The surprise announcement came at the results, when told he had won the 1st prize, with 20 point lead on second! ... Therefore this award for its time: 1Million former Franks, was intended to make a study tour in
country of his choice. Italy has imposed obviously, and now, 18, crisscross the streets of Rome, Florence, Venice, discovering
such as the Renaissance admired in the books! ... After his return, Salon des Beaux-Arts, he had to show his work, and a panel
it was devoted whole. First sale and first prize, his parents Ã©taint finally convinced! ...
1959: reassured about his motivation, his father left him leave for Paris. Fine Arts, Art Deco and AcadÃ©mie de la Grande Chaumiere were places sanctuary, where he had as teachers Chapelin-Midi and Marcel Gromaire
1960: No exemption for studies Artistic called to his military service in Bizerte, Tunisia, he was spotted by Lieutenant Christian IVALDI, 1 Prix de Rome for Architecture, who asked him to deal decorations of the "Armed Violence" which was the responsible.
1962: Paris, back to work. After several attempts Artistic directions; drawings on canvas board, illustrations for magazines ect ... it was the polish Pierre Cardin and the meeting was determined. He created over 20 years models for various fashion houses. The design was always present, also the creation, color in the tissues. The drawings printed,embroidery, while it paisa, yet it lacked the smell of linseed oil and the thÃ©rebentine, flatten and the wash and just finished the table, has hung an Expo! ... Yet he did not abandoned his brushes provided. A short period "abstract", fora nose up at any formal education he had received MAIOLINI here began the challenge of going in the "Narrative Figuration" the technically more difficult! ... Near the HipperÃ©alisme while avoid it, it combines a pictorial own to give her his personality.
1965: He moved to Nice, and continues its activity between stylist Nice, Paris, Milan, New York ect ...
1981: His cousin Enzo LÃ‰OPARDI, Italian poet , great lover of Art, biographer of great artists, pushes and encourages him to resume brushes! ... He shall make known artists Italians, Salvatore FIUME, Biagio BRANCATO, Piero GUCCIONE ... Who, everyone agrees, it must paint! ...
1982: "Price-PUNTA BRACETTO" in Sicily.
1988: In Cannes, he had the polish of the "Prince of Lignac" who asked him to organize a "Day" for his 70 years on a beach in St. Tropez.
Theme, decorations and choice of place