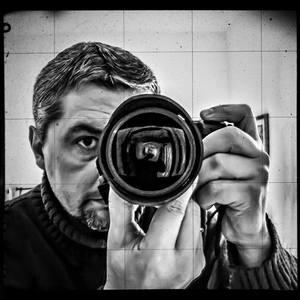 He has exhibited in numerous group and personal exhibitions. These include the personal exhibition with the Non luoghi project, from 18 to 30 June 2016, PB Project, Cinisi (PA) and the exhibition entitled "Dell' immaginario, del Reale", Colorno Photo Life 2016, Martignana Po (CR), from 6 to 27 November. The last in order of time, in Italy, however, is the one done at the Mondadori Gallery, 20 May - 1 June 2017 with the project "non-places", Palermo.
Abroad he exhibited at URBAN16 in Warsaw (POLAND),
with Rapid Eye Movement; during the 16th CIPAE, in Zhengzhou (China) with the project The ongoing moment; at MIFA 2016, at ArtGallery NaKashirke in Moscow (RUSSIA), with the four winning projects (including REM and Nonplaces). During URBAN16, September 2016, with the Rapid Eye Movement project, at the Relax Cafe Bar, Zlota 8a, Pasa Wiecha, Warsaw.
(POLONIA). In 2017, then, in July in Lodz (POLAND) with the project "Naples" and in August in Budapest (UNGHERIA) with the project "I Siciliani" and at the Blank Wall Gallery in Athens (GRECIA), from 6 to 31 October 2017. The last exhibition, in order of time, took place during the 6th China International Digital Photography Art Exhibitio 2017 in China, in Lishui, with the project "non-places".
His images have been published in numerous international magazines such as Reflex, FotoCult, Die Angst, L' Oeil de la Photographie and are to be found in many private collections and prestigious art galleries, including PUTIA ART GALLERY in Castelbuono, MAMECA PICTURES in Berlin, SINGULART in Paris and INARTE WERRKUNST in Bergamo/Berlin.