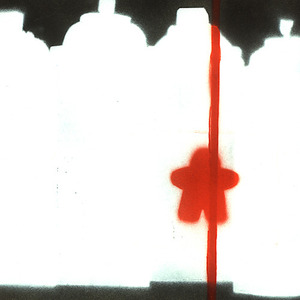 Ben Guiver is an artist who has a background in psychiatry and music. He has received commissions from Resonance 104fm, The Guardian and the Institute of Psychiatry (Maudsley Hospital, London). His work ranges between abstraction to more focussed pieces examining public and private space, group dynamics, and the similarity between micro and macro social dynamics.

Ben studied politics and philosophy at Leeds University 1990-93, and learnt to mix records during this time, subsequently playing at nights such as Coalesce (London), The Electronic Lounge (I.C.A., London), Anokha (Blue Note, London), Its Obvious (Leeds Warehouse), Back to Basics (Music Factory, Leeds) and on the Leeds pirate station Dream FM. He has undertaken pre-production and writing work in occasional music projects, for example with the cult indie band Picture Center (Vinyl Japan/North American Recordings) and graphic design for other artists (King Brillo). He associated for some time with the Project X, Smokescreen and DIY sound-systems that operated out of Leeds, Sheffield and Derby respectively, and additionally the now defunct London based studio Ultimate Brain run by Graham MacMahon (St Pancras Way). A small experimental label, Electronic Deluxe, is in the process of being constructed by Ben and his friend Tony Marcus, in order to facilitate the release of their material and associated work, for example the unreleased tracks made by Graham MacMahon and Tony Marcus in the 1990s.

Ben qualified as a psychiatric nurse in the mid 1990s in London: following this, he worked for one year at an Arbours association therapeutic community. The Arbours Association was set up by Dr Joseph Berke, an American psychiatrist, after he worked with the radical psychiatrist R.D. Laing in the 1960s, notably at Kingsley Hall in Tower Hamlets, London. Ben was re-introduced to art by the art therapist Julia Saltiel while working in the art group she facilitated at the community. He subsequently ran an art group at the psychiatric day hospital for Islington for six years. His art work has been influenced by this work, for example

I developed the ideas of using stencils whilst working at the Belle Ridley Day Hospital I think its interesting that within an institution where I assessed the form and content of some of my patients beliefs, I became enthusiastic about a device that enabled you to separate the form and content, and recombine these aspects of an image.

Ben continues to work in the Camden and Islington Mental Health and Social Care Trust, facilitating art groups within his place of work and exhibitions of clients art. He facilitated a series of workshops for senior citizens with the artists Jane Simpson and Sarah Pickstone at the Cubitt gallery in Angel, over a period of two years in 2006 - 2008. He was an honorary lecturer at Middlesex University School of Health and Social Sciences for several years where he co-facilitated personal and professional development groups for psychiatric nurses in training with Dr John Foster.

Ben began studying for the B.A. in Fine Art at Central St Martins School of Art in 2007-8. He then transferred to studying for the M.A. in Art Therapy at the University of Hertfordshire in the autumn of 2008.

Bens work has been featured in Creative Week, The Guardian, The Royal Photographic Society Journal, and The Wire. Websites such as the West African Doctors and Healthcare Professionals Network, and in web blogs such as Mind Hacks and L'tranger (Radio Panik 105.4FM, Brussels).

Ben has had a number of individual shows, and participated in group shows, within the UK:

The Highgate Centre is a long standing day centre for people with mental health difficulties in Camden. It is part of the services provided by the Camden and Islington NHS Foundation Trust to people within the Borough of Camden.

This is an exhibition of artwork by members of the creative groups that are part of the centres program. Work featured includes that of artists who have previously exhibited, for example Tony Rogan, in his and Adetayo Adefioyes exhibition at the Conference Centre, St Pancras, in 2007.